On Monday, July 15, 2019, in the course of the official state visit, the President of the Republic of Serbia Aleksandar Vucic and President of the Republic of France Emmanuel Macron, paid their respects to the casualties of the Great War by laying wreaths at the Serbian Ossuary of Belgrade Defenders (1914-1918) at the New Cemetery of Belgrade. The official ceremony of laying wreaths was accompanied by the sounds of  trumpet and famous WW1 related tune “Over There, Far Away” (Serbian folk song which was composed on the Greek island of Corfu in 1916 to commemorate the Serbian Army’s retreat through Albania during WWI), performed by the representative orchestra of the Serbian Armed Forces Guard. This was followed by honoring and laying flowers to the final resting place of WW1 Heroine, Milunka Savic, the most decorated women in the history of warfare and brief conversation with her descendants. 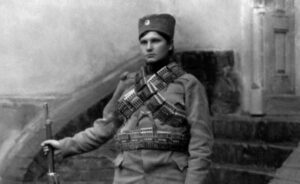 Milunkа Sаvic was a reserve sergeant in the Serbian Army 2nd Regiment and a Heroine of the WW I. She was born in 1890, in the Village of Koprivnica near Raska.  She fought as a volunteer in both Balkan Wars, i.e. in 1912 and 1913. In the WWI, she demonstrated her combat skills as a grenade handler during the Battle of Kolubara. For the services rendered during the Battle of Kolubra, she was decorated by the Order of Karađorđe’s Star with Swords. Furthermore, she was decorated with many highest ranking medals and decorations, such as: two French National Orders of the Legion of Honor and Medal for Bravery Milos Obilic. In addition, she was the only woman in the world decorated by the French War Cross with the Palm (Croix de guerre 1914–1918.) Subsequent to the WW I, in 1919, Milunkа Savic was discharged from the Army. She married a poor postal officer of the lower rank with whom she had four children. Unfortunately, she soon became a widow and was forced to provide for the children on her own. Forgotten and abandoned, she earned her pension working for 20 years in the maintenance department of the National Mortgage Bank. Nevertheless, she rejected the offer to relocate to France and enjoy French military pension. Milunkа Sаvic decided to remain in Belgrade instead, but all her services to the fatherland were soon forgotten. In 1942, during WWII, she declined the invitation to attend the banquet organized by Milаn Nedic (Leader of Collaborationist Government in the course of WWII) for German generals and other high-ranking officers. She was consequently arrested and sent to the Bаnjicа Concentration Camp for 10 months, but was previously almost beaten to death in front of her children. With the introduction of the communist regime and Tito’s raise to power, she was forgotten once more. In this period, she was considered persona non grata, and was forced to make the ends meet working as a cleaning lady. Due to the protests of the numerous Belgraders and a published newspaper article that had steered up the public opinion, the City of Belgrade finally decided to give her a little flat where she lived until her death in 1973. Milunkа Sаvic died in Belgrade on October 5, 1973. She was initially buried at the military section of the New Cemetery in Belgrade, however, in 2013 her remains were transferred and laid to rest at the Alley of the Greats, with full state and military honors. 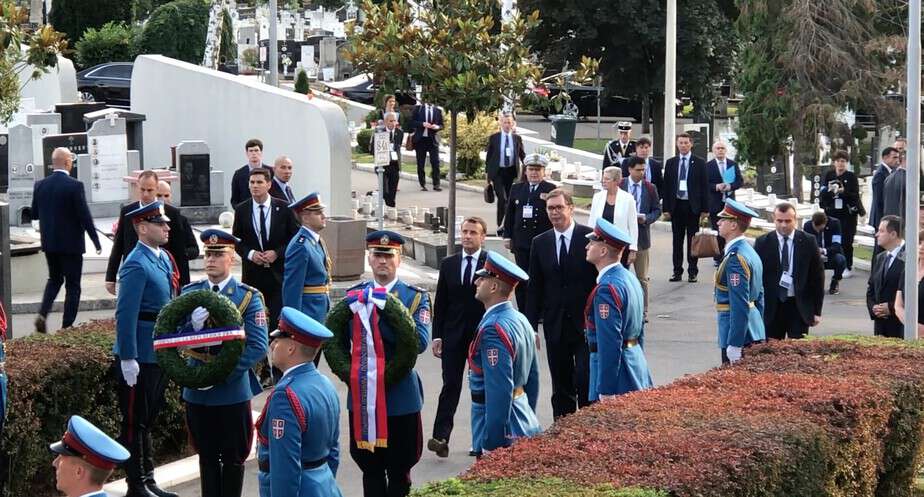 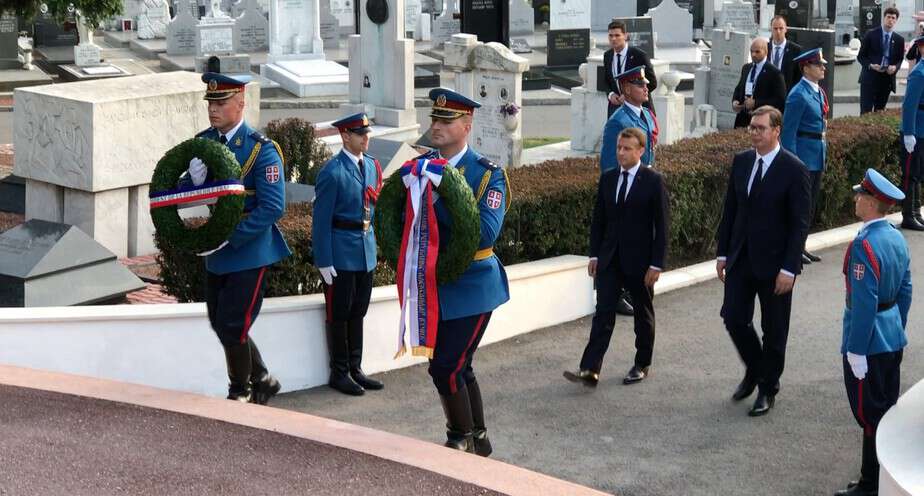 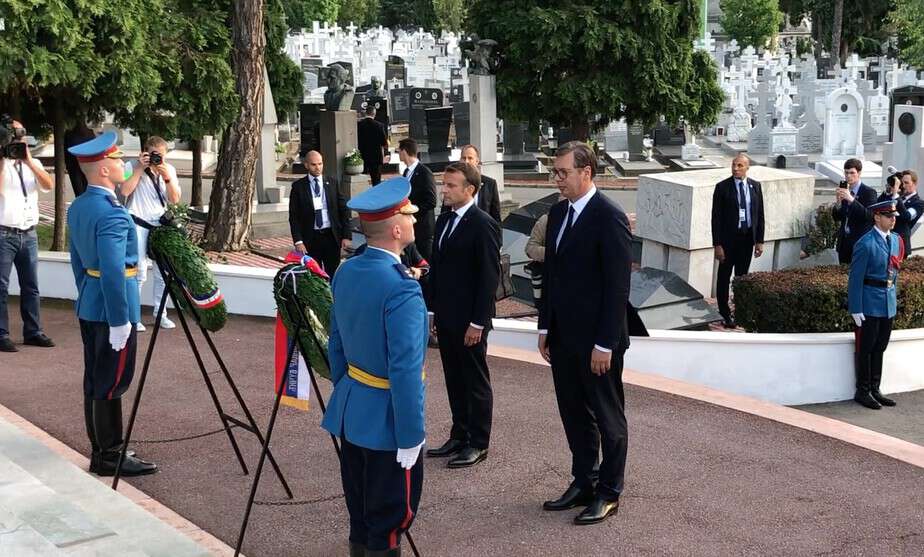 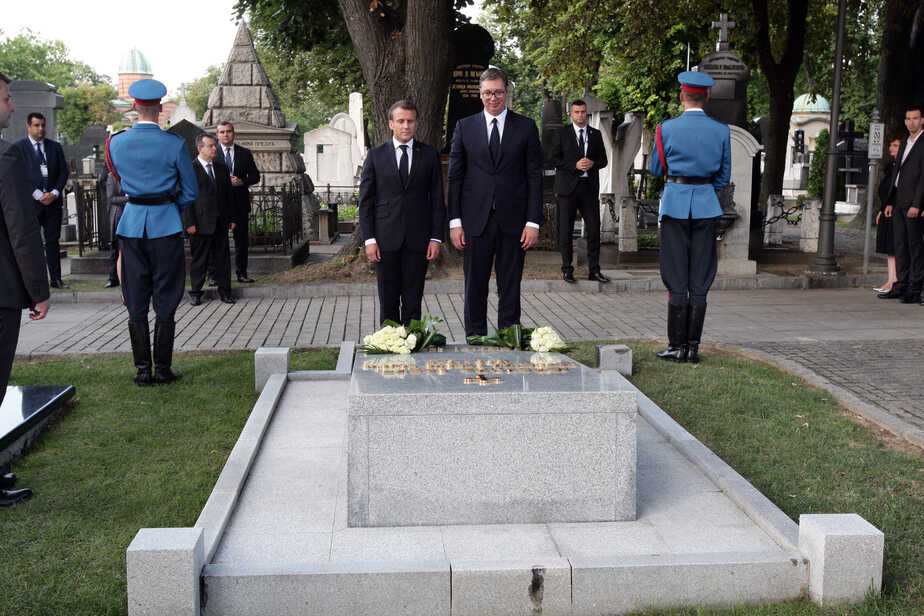 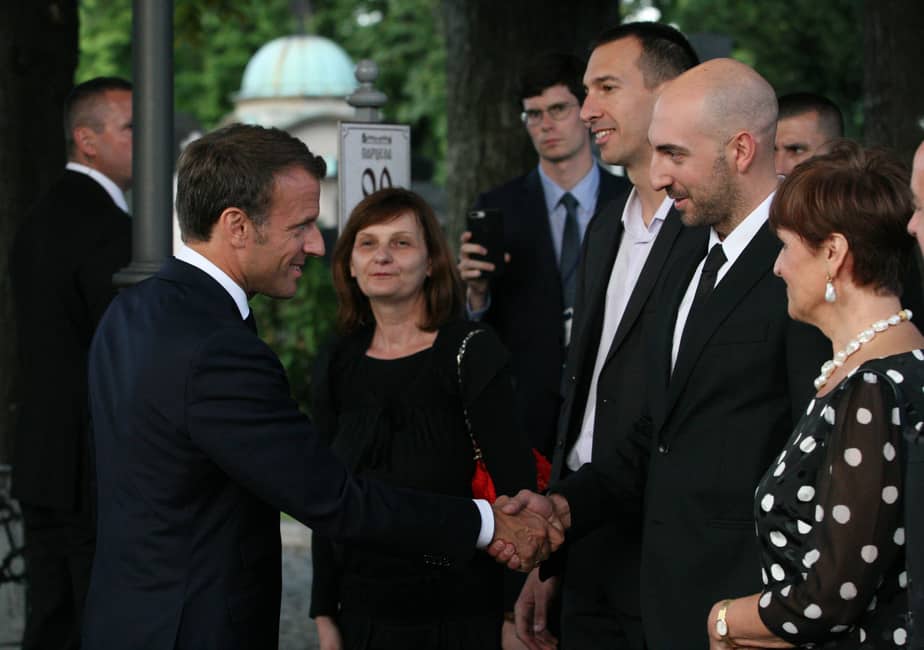 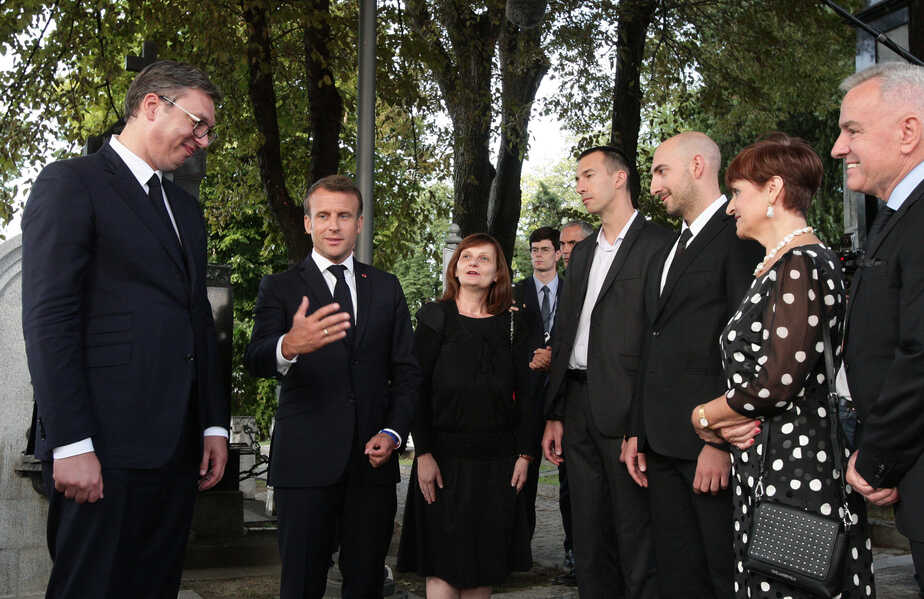 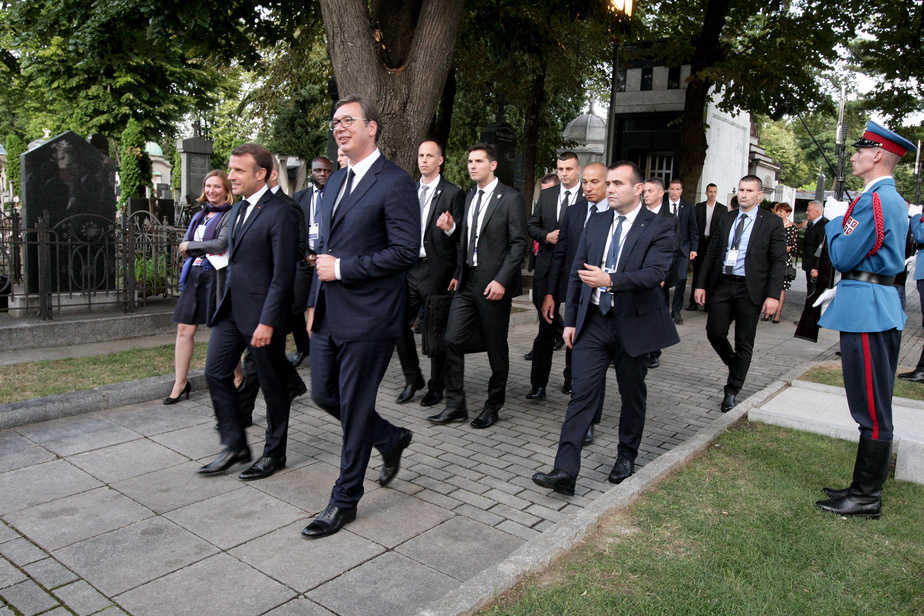 Legendary professor of the Faculty of Dramatic Arts in Belgrade Predrag Bajčetić laid to rest at the New Cemetery Jun 05, 2018