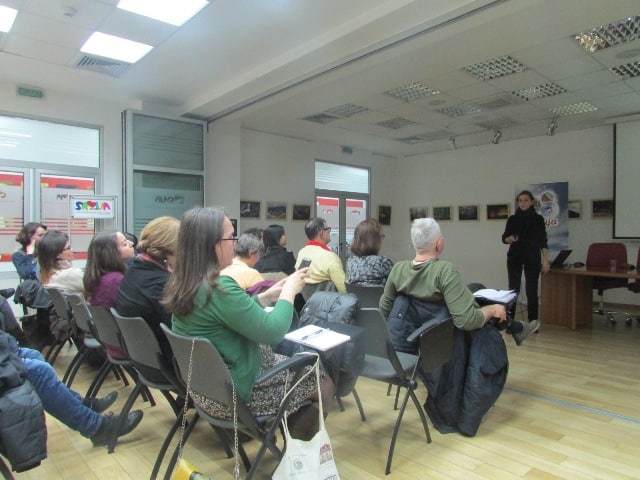 On Thursday, February 9, 2017, Violeta Obrenovic, PhD –  art historian with the PUC „Funeral Services “, gave a lecture entitled „Following the trail of significant Serbian women buried at the New Cemetery of Belgrade”, at the invitation of the Tourist Guides Association of Serbia.

The lecture comprised a chronicle regarding the status of women in Serbia from the beginning of 19th century, depicting the manner in which the educated, free-spirited women struggled to overcome the limitations imposed by the society and the period they lived in. 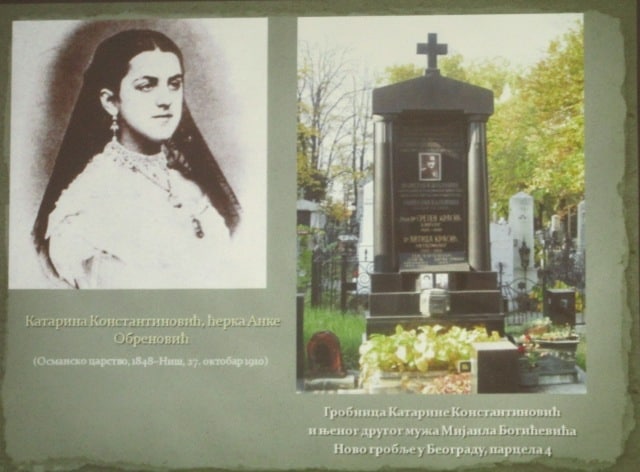 Fig 2:  The Crypt of Katarina Konsantinović and her husband Mihajlo Bogićević at the New Cemetery of Belgrade.

Anka Konstantinović, was a daughter of Jeverem Obrenović (brother of the Serbian Prince Miloš Obrenović) and one of the most educated women of her time. Her daughter Katarina Konstantinović, was a great beauty of tragic fate. Katarina Ivanović was a paintress and the first female member of the Serbian Learned Society (predecessor of the Academy of Arts and Sciences). Katarina Milovuk was the first Headmistress of the Higher School for Women, women rights activist, including the female right to vote and acquire education. 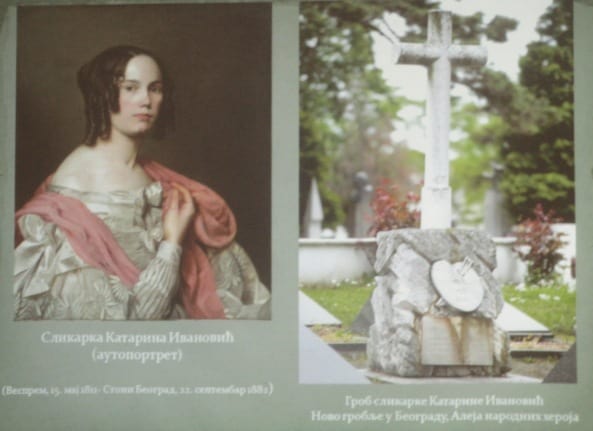 In addition to the outstanding WWI heroine Milunka Savić who join the Serbian Аrmy  posing as a male, two more significant women who participated in the WWI as soldiers are  buried at the New Cemetery of Belgrade: Sofija Jovanović, a member of Duke Voja Tankosić guerrilla units (Comitas), who participated in the First and Second Balkan Wars and was decorated 13 times. Natalija Bjelajac (Slovenian by origin, born as Antonija Javornik) was a sergeant in the Serbian Army and voluntary nurse, in addition to being a participant in the Battle of Cer. She was decorated 12 times. 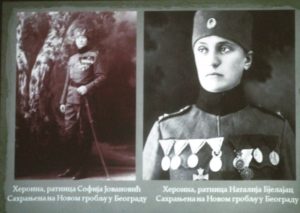 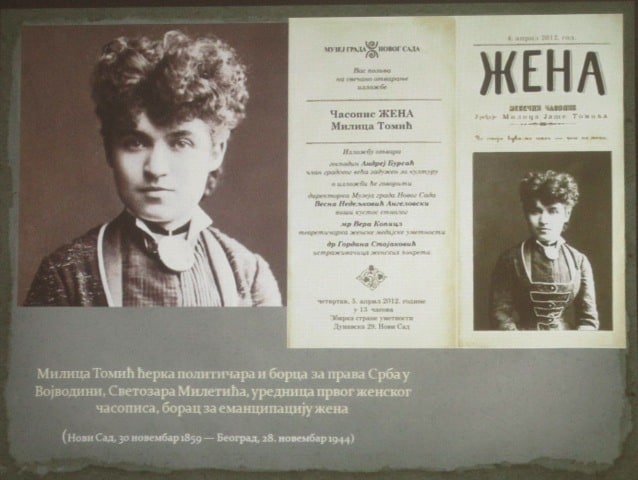 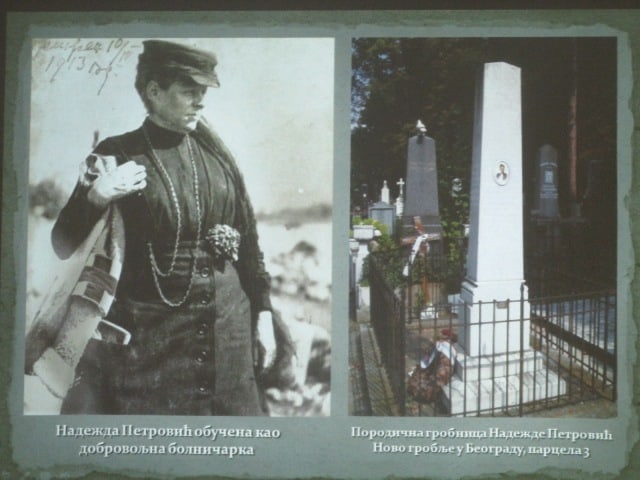 Fig 5 – On the left:   Milica Tomić, editor of the first women’s magazine and female rights activist. On the right: Cover of the “Woman” magazine.

Milica Jakovljević Mir-Jam was an author and journalist, free-spirited women, who through her literary and artistic work tried to teach the young people how to cope with the challenges of the modern living. Ksenija Anastasijević was a philosopher, the first female assistant professor at the Belgrade University and the first woman who had acquired PhD title at the Belgrade University in 1922 (philosophy with classical languages), a victim of misunderstanding and envy of her male colleagues. 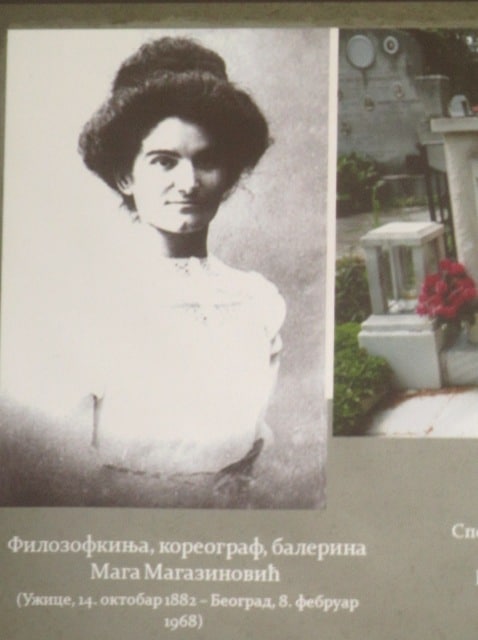 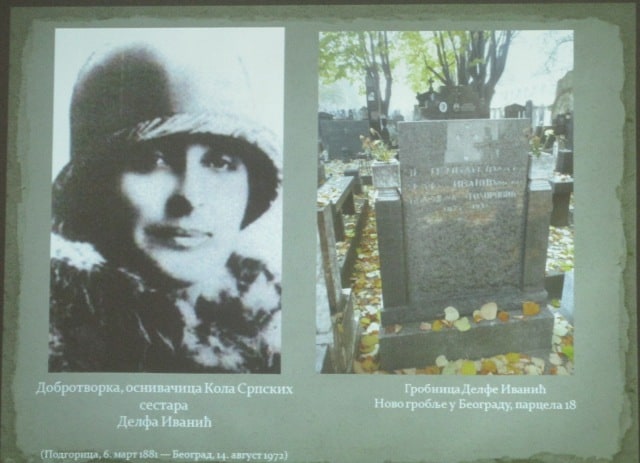 Fig 8 – Delfa Ivanić, benefactress and founder of the humanitarian organization “Circle of Serbian Sisters”. On the right: Crypt of  Delfa Ivanić at the New Cemetery of Belgrade.

Beta Vukanović was a paintress and voluntary nurse in the course of the Balkan Wars and WWI. Anica Savić-Rebac was an author, philosopher and translator. Maga Magazinović was a philosopher, choreographer, dancer, journalist, social and cultural activists, teacher and translator. Liza (Marić) Križanić – was a paintress and an inspiration to the artists. 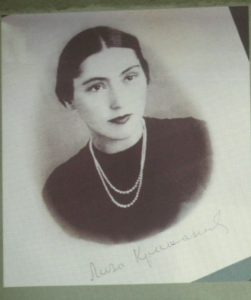 Fig 9: Liza (Marić) Križanić – paintress and an inspiration to the artists.

Commemoration of 99 – years anniversary from liberation of Belgrade in WWI Nov 01, 2017

Minstar Nenad Popović laid the wreath to the final resting place of Serdar Janko Vukotić – on the occasion of 103 years’ anniversary of the Battle of Mojkovac Jan 08, 2019