Commemoration of 82nd Anniversary from Death of General Miloš Vasić

On October 20, 2017, 82nd anniversary from death of General Miloš Vasić, Minister of Army and Navy, military educator and strategist, credited for introducing the rank „Vojvoda“ (Field Marshal) within the Serbian Armed Forces ranks,, was commemorated at the New Cemetery of Belgrade. The wreaths to the final resting place of General Vasić were laid by representatives of organizations honoring the tradition of Serbian liberation wars (1912-1920), family and admirers.

General, Minister of Army and Navy, Miloš Vаsić, first studied philosophy, but had to drop out due to the death of his father. He had graduated from the Military Academy in 1883 and was promoted to the rank of Infantry Sub-Lieutenant. During the following year, he had completed the Military School of Applied Studies within the Military Academy. As the Infantry Officer, he was a commander and sergeant in charge of a company of the Military Academy Students, in 1886 and 1887. In 1887 he was dispatched to study military organization in Linz, Paris and Rome. Upon return to the country, he had become the Head of Department within the General Staff, Head of Divisional Areas Joint Staff, Squadron Leader, Regiment Commander and King’s Ordnance Officer, Military Attaché in Sofia, 7th Regiment Commander and Professor of the Military Tactics at the Military Academy College. In 1900, he was named Minister of Army with the rank of Colonel. A year later he resigned and was appointed diplomat in Cetinje. He had participated in the wars 1876-1878 as a Military Academy student – volunteer and in 1885, as a company commander. In the course of the Balkan Wars, he was a Representative of the Serbian Government within the Greek Military Command. During the WW I, he was in command of the 2 Line Danube Division that made a name for themselves during the Battle of Mačkov Kamen. In 1916, at the Salonika Front he was promoted to the rank of General and accordingly entrusted with the command of the First and later the Third Army, leading them to the victorious battles at Groničevo, Kajmakčalan and Bitolj. During the Salonika Campaign he was a Liaison Officer with the British Military Command. In addition to the Field Marshal Živojin Mišić, he was considered by the British as the most competent officer. General Vasić was in the mission with the Italian King and Government until 1917. Subsequent to completion of the War he had become a member of the Commission for Boundary Demarcation with Italy. Since January 1922, he was the Minister of the Army and Navy in the Kingdom of Yugoslavia and was retired in the same year at his own request. As an educated officer he was publishing translations and articles in the monthly Military Magazine “Ratnik” (Warrior). He had published several books: War Military Journal and Reminder, Military Text-book, Strategy Basics, From the Field of Military Organization, High Military Discipline, The Last Breath of the General Jovan Mišković, Army and Politics. General Vasić passed on October 20, 1935 and was laid to rest in the Alley of the Greats at the New Cemetery of Belgrade. The Bust of Miloš Vesić, placed at crypt is a work of the sculptor Milan Cindrić. 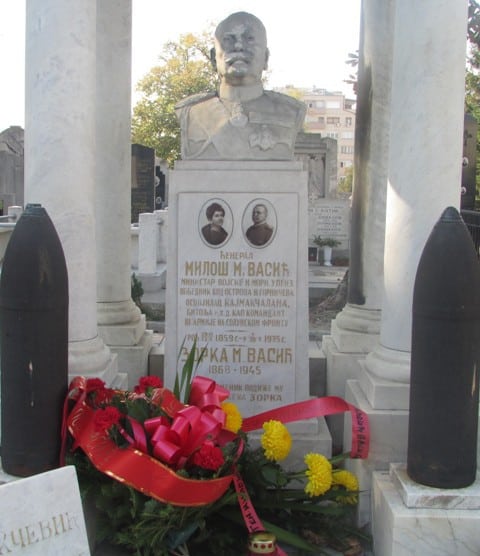 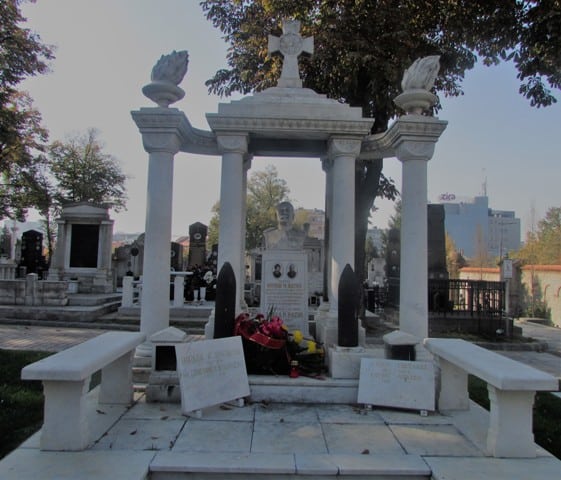