On November 10, 2018, the commemoration ceremony intended to honor Austro-Hungarian soldiers killed during the battles for Belgrade in the WWI in addition to all casualties of the Great War, was held at the Austro-Hungarian Military Cemetery within the New Cemetery of Belgrade. This year, the ceremony was especially dignified due to the upcoming centenary of the WWI Armistice.

The Office of Hungarian Defense Attaché was in charge of organization of this year’s ceremony, that commenced by appropriate addresses of His Excellency Austrian Ambassador mr. Nikolaus Lutterotti, and His Excellency Hungarian Ambassador Mr. Attila Pinter, whereas the ceremony was attended by the Defense Attaché Offices representatives of Austria, Hungary, Germany, USA, Great Britain, France, Canada, Italy, Slovakia, Slovenia, Croatia & etc. The wreaths were also laid by the office of EU Delegation in Serbia.

In the course of his address, the Austrian Ambassador, mr. Nikolaus Lutterotti, underlined, inter alia: that even though the Austro-Hungarian empire and Serbia, were on the opposite sided during the Great War, today these times are behind us. The mere fact that, only few weeks ago, Serbian and Austrian president laid wreaths and paid their respect to the fallen Austro-Hungarians and Serbian soldiers, is a significant confirmation of this conviction. The Ambassador Lutterotti added that toddy, the Republic of Austria, as a friend and partner of Serbia, whishes nothing more, then to see this country fully integrated into the European Union.

The Austrian Military Orchestra performed the song “I had a comrade” (Ich hatt’ einen Kameraden), a traditional melody, originated in mid-19th Century, describing a pain of the soldier who just lost his comrade in the battle, but without military or ideological connotations. This melody is performed today at military funerals and commemorations in Germany and Austria.

This was followed by ceremonial planting of a decorative plum tree by the ambassadors of Austria and Hungary, in addition to Cardinal Schönborn, Archbishop Freistetter and Archbishop Hočevar. 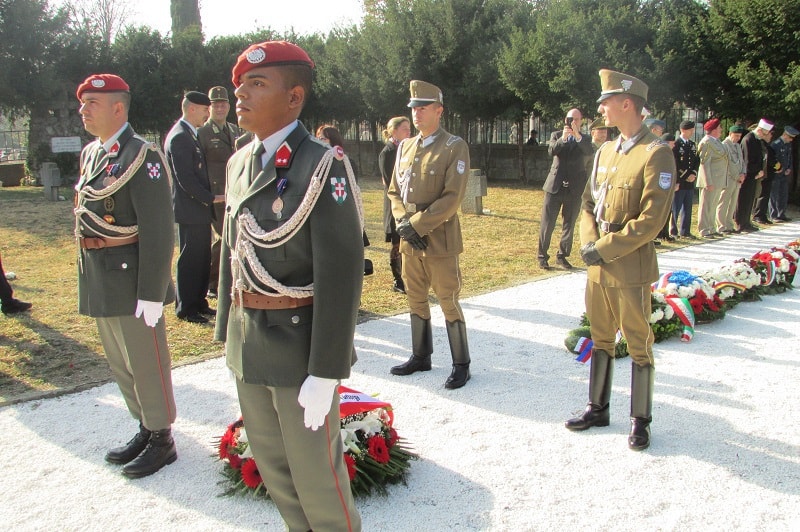 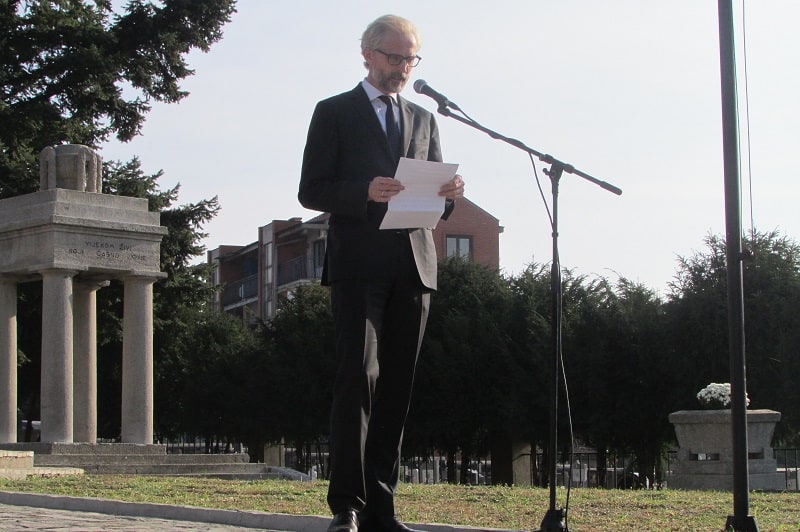 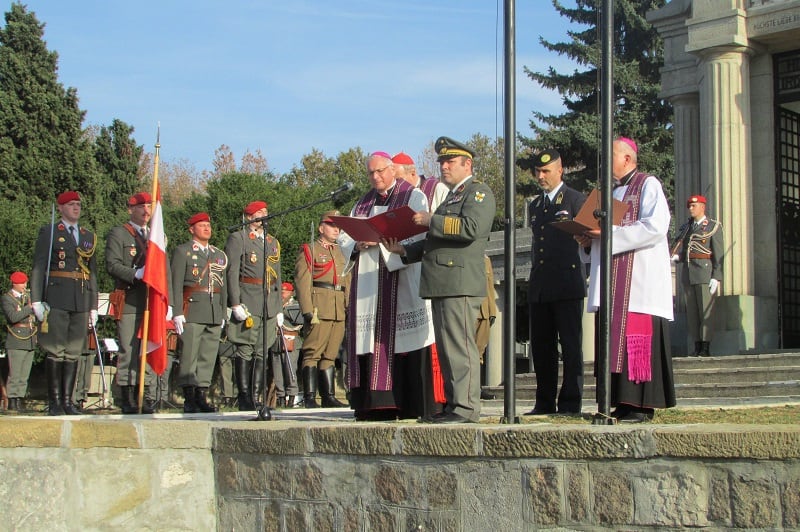 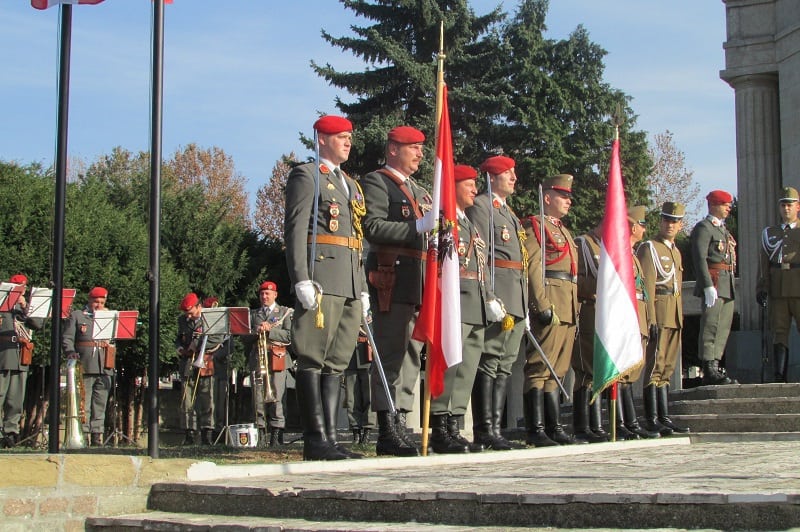 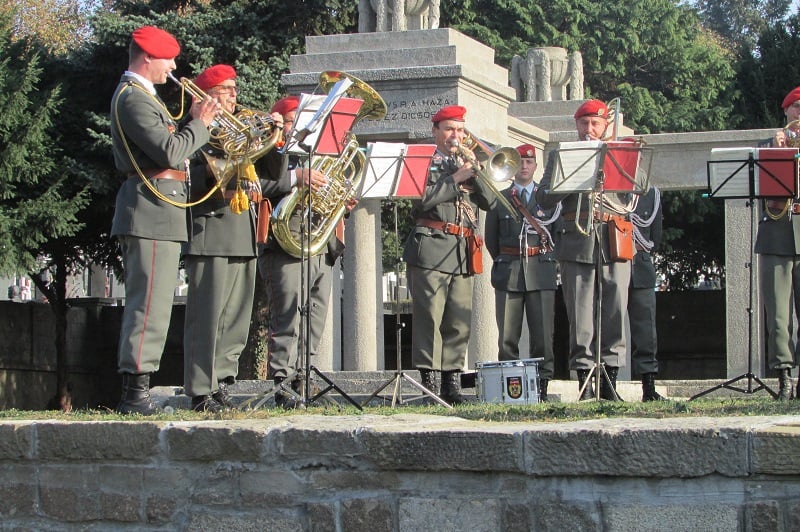 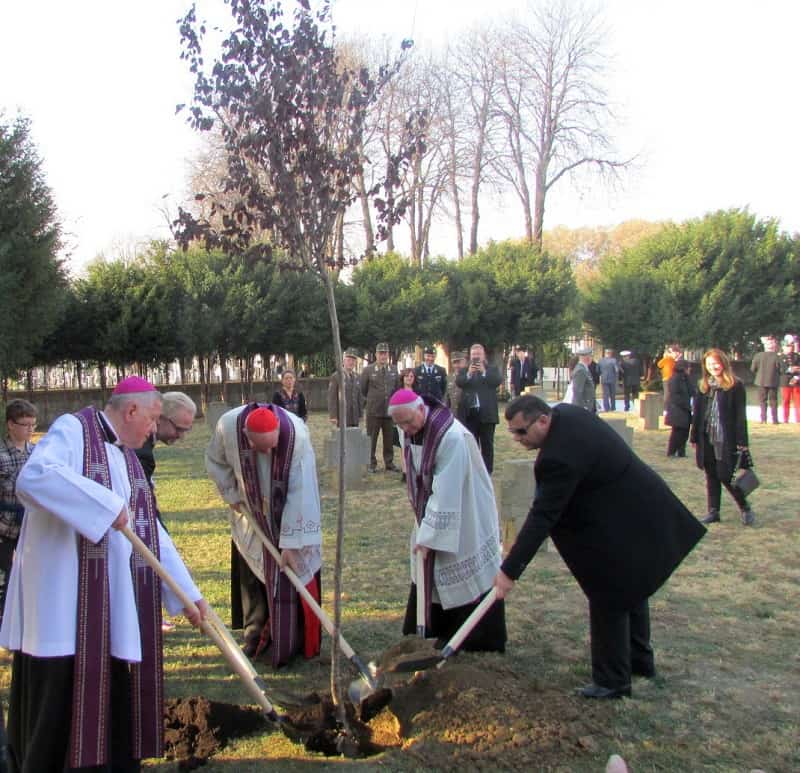 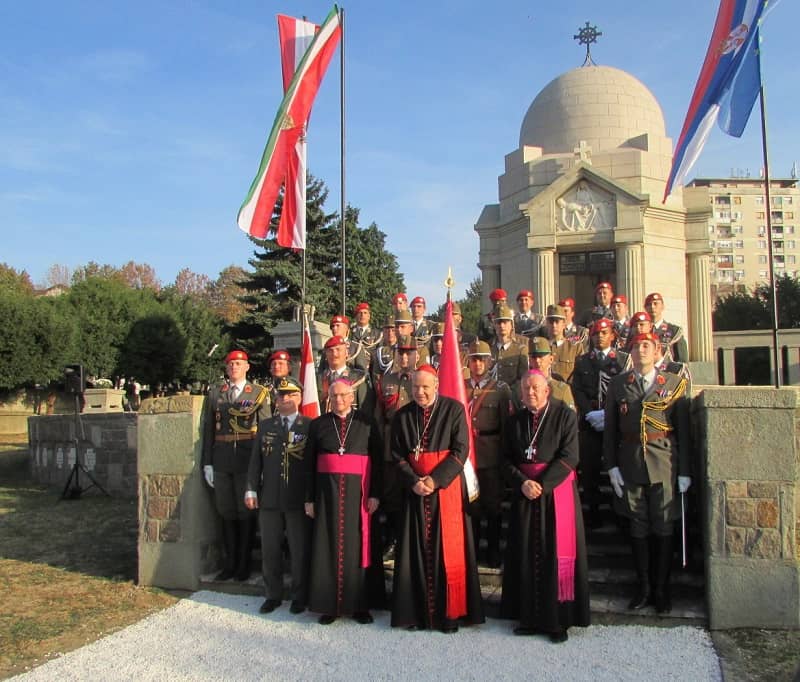