Members of the Association of Independent Unions from St. Petersburg visiting the New Cemetery of Belgrade

Home / Events / Members of the Association of Independent Unions from St. Petersburg visiting the New Cemetery of Belgrade

On April 22, 2018, the second group of members of the Association of Independent Unions from St. Petersburg, visited the New Cemetery of Belgrade. Through the intriguing stories of our colleague Violeta Obrenović, the young union members learned the history of the Russian Necropolis, life stories of the prominent Russian emigrants buried at these plots, including their contribution to the cultural, scientific and artistic life of their adopted country. The guests laid the flowers onto the Monument to the Russian Glory (WWI Russian Ossuary) and heard the story on its construction and transfer of the remains of the WWI Russian volunteers who died during the Belgrade defense, at Kaimakchalan, near Bitolj and other WWI battlefields, as well as the artistic symbolism of the Ossuary. The visitors were also able to see the final resting places of Mikhail Vladimirovich Rodzianko, the member of the 3rd and 4th Duma prior to the October Revolution, Nikolai Genrikhovich Hartwig, the Russian Imperial Diplomat in Belgrade prior to break-out of the WWI and whose funeral was attended by 80,000 people, in addition to the prominent Russian General and supporter of the White Guard Mikhail Vasilyevich Alekseyev. 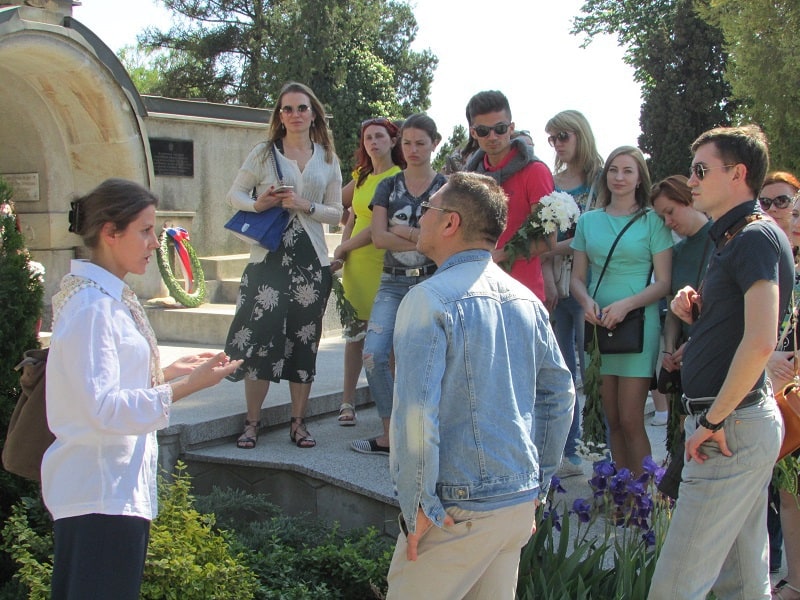 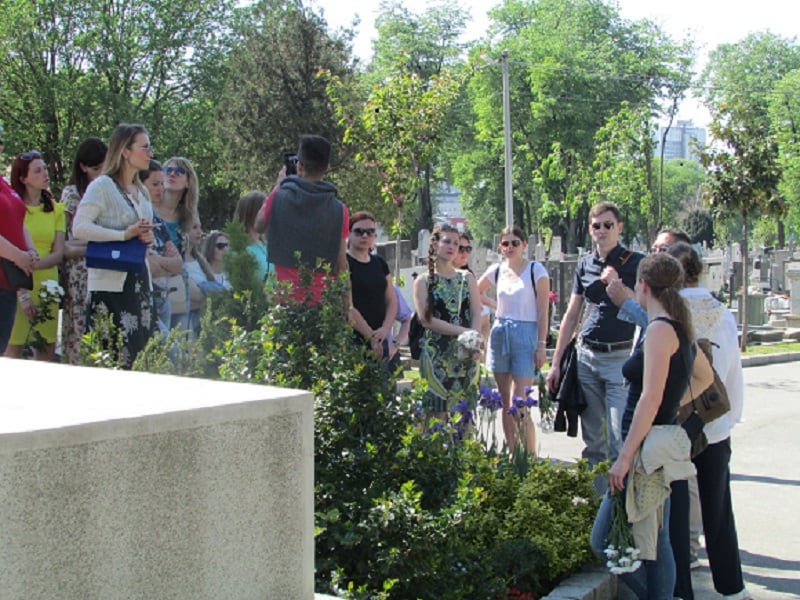 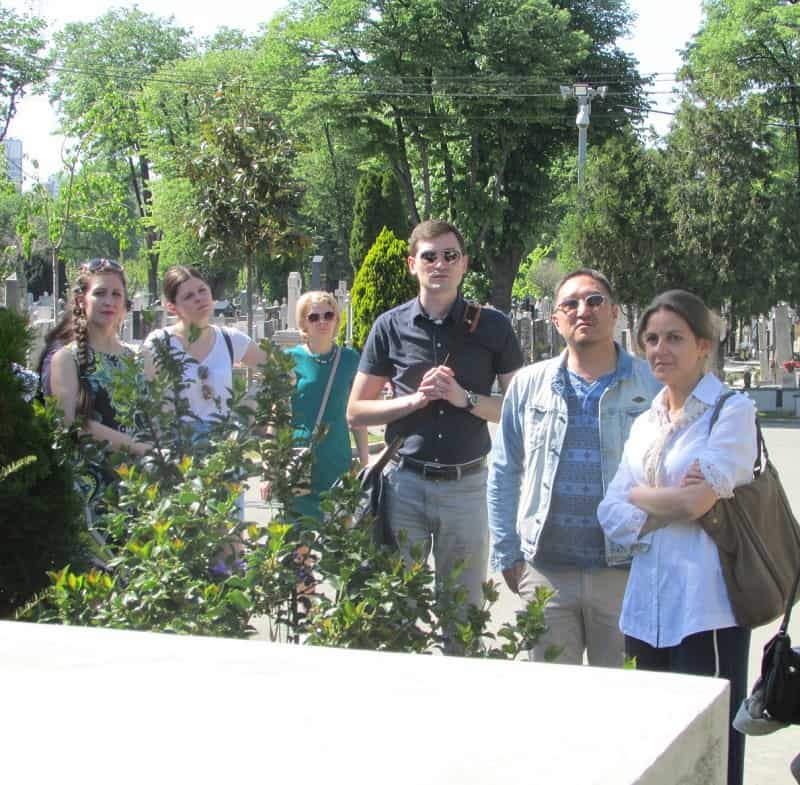 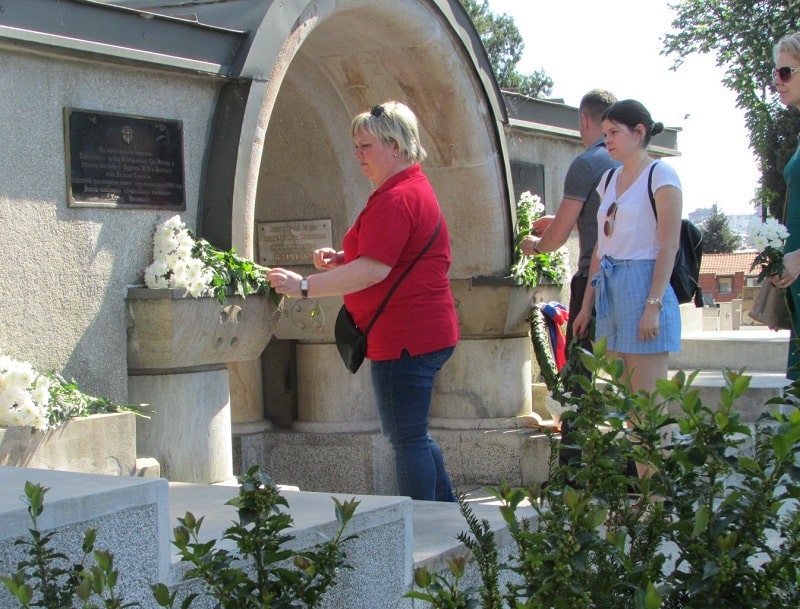 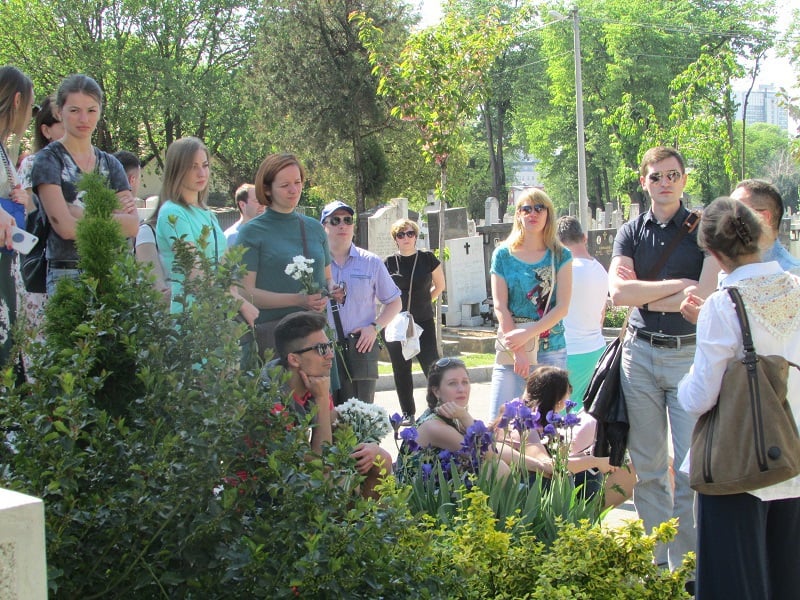 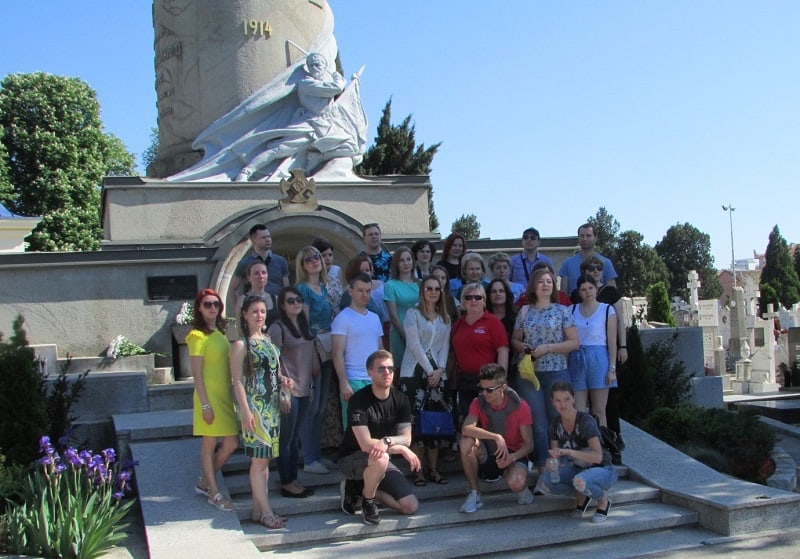