Dr Vladan Đorđević was one of the most prominent figures of cultural, scientific and political life of 19th Century Serbia. In the medical field, he was the first Serbian physician specialized in surgery and a pioneer in experimental work in medicine. He was a founder of Serbian Medical Association, Serbian Red Cross Society, Association for Gymnastics and Wrestling – a predecessor to the Association “Dušan Silni” and “Sokol Movement”. Vladan Đorđević had initiated and edited the first special medical journal Serbian Archives for Medicine, he was a Head of the Army Medical Corps during the war conflicts and the first Professor of hygiene at the Military Academy, Head of Medical Department within the Ministry of Interior and author of contemporary medical and veterinary legislation.

As a Mayor of Belgrade, he initiated establishment of the urban utility services and founded the New Cemetery of Belgrade. He was a regular member of the Serbian Learned Society, holder of the first honorary doctorate at the University of Belgrade Medical Faculty, Minster of Education and Church Affairs and Envoy to the Minister of Economy, Royal Ambassador in Greece and Turkey and a Prime Minister of the Royal Government (1897-1900).

In terms of literary work, he left numerous works – short stories, plays, novels and memoirs. He was one of the initiators of rural and travel story-telling, chronicler and historiographer. The Magazine Fatherland (1875-1892), Vladan Đorđević founded and edited, was the best magazine in the field of literature, science and culture during the second part of the 19th century. One of his contemporaries, a personal political opponent, described him – not unfoundedly – as a person “who filled all the important roles in Serbia, except those of the King and Patriarch”, adding that at times he was “a King to the King and a Patriarch to the Metropolitan “. He was married to his Viennese love, who gave him fifteen children. Vladan Đorđević passed on August 31, 1930 in Baden near Vienna, and was buried – according to his wishes – at the New Cemetery of Belgrade, (plot 26, crypt 6, class. 2), next to his wife Paulina, and his beloved children Milan and Mara. 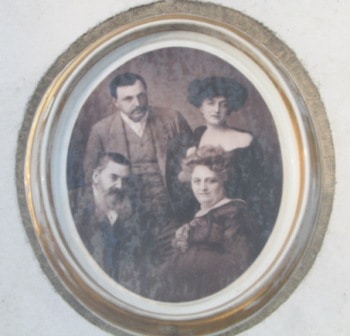 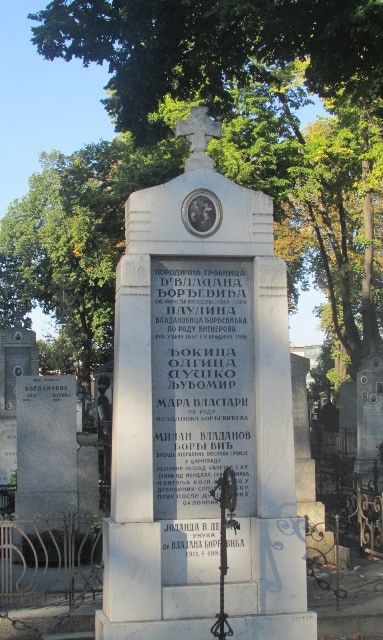 Commemoration of 98 – years anniversary from liberation of Belgrade in WWI Nov 09, 2016