“To which extent cultural heritage belongs to women?”– significant women buried at the New Cemetery in Belgrade

Home / Events / “To which extent cultural heritage belongs to women?”– significant women buried at the New Cemetery in Belgrade

Shortly before the planned round table on the subject: “To which extent  cultural heritage belongs to  women?”, organized within  the Program “Share Your Knowledge” on the occasion of the European Year of Cultural Heritage  (2018); mentors and alumni of the Program, who visited the New Cemetery in Belgrade on August 25, 2018, with the expert guidance of our colleague, Dr Violeta Obrenović, art historian, outstanding connoisseur of the funerary and memorial culture and the history of the New Cemetery, were able to hear the inspiring life stories of the educated, free-spirited women who struggled to overcome the limitations imposed by the society and the period they lived in, such as:

Teodora Korać (daughter of merchant Ilija Korać who provided financial support to poor girls in order to marry young men,  members of the trade youth, thus enabling young couples to start their life together), Anka Obrenović, a daughter of Jevrem Obrenović, one of the most educated women of her time, in addition to Katarina Konstantinović, educated beauty of tragic fate, who almost married Prince Mihailo Obrenović, later adopted Delfa Ivanić,  one of the future founders of the “Circle of Serbian Sisters “.

In addition to the outstanding WWI heroine Milunka Savić who joined the Serbian Army posing as a male, two more significant women who participated in the WWI as soldiers were buried at the New Cemetery of Belgrade: Sofija Jovanović, member of Duke Voja Tankosić guerrilla company (Comitas), who participated in the First and Second Balkan Wars and was decorated 13 times. Natalija Bjelajac (Slovenian by origin, born as Antonija Javornik) was a sergeant in the Serbian Army and voluntary nurse, participant in the Battle of Cer. She was decorated 12 times. Maga Magazinović was a philosopher, librarian, choreographer, dancer, journalist, social and cultural activist, teacher and translator, Milica Jakovljević Mir-Jam was an author and journalist, free-spirited women, who through her literary and artistic work tried to teach the young people how to cope with the challenges of the modern living. Particularly emotional life story was that of Anica Savić Rebac, the author, poet, translator philosopher and, who corresponded with the great German author Thomas Mann and whose great love story with the politician and diplomat Hasan Rebac, the author Dame Rebeca West depicted in her novel “Mehmed and Milica”, referring to them as the “Pillars of Civilization”.

The following are inspiring stories of two extraordinary women:

Katarina Milovuk was the first Headmistress of the Higher School for Women, women rights activist, who fought for the female right to vote and acquire education. Almost forgotten today, she paved the road for the new female intellectual elite, who would be in the first lines of the battle for female rights in patriarchal Serbia. It was said at the time that “that in Serbia her opinion is honored immediately after the Metropolitan’s”. Her school was attended by: journalist, librarian and modern dance theorist Maga Magazinović, paintress Nadežda Petrović, actress and poet Milka Grgurova, in addition to the future Queen of Serbia, Draga Mašin. Even King Milan was joking that that in Serbia it is not a strange occurrence to have an additional mother in law and that “Milovukovica” is undisputed spiritual mother in law in hundreds of households. Katarina Milovuk left her entire estate to the charities, whereas the modest headstone at her final resting place was erected by the humanitarian organization “Circle of Serbian Sisters”.

Marija Popović – Milutinović Punktatorka (Punctuatress), the wife of the flamboyant romantic poet Sima Milutinović – Sarajlija was the first women in Serbia who practiced law, but was also committed to her role of an educator. He got her nickname, when she started to punctuate the verses of her future poet husband – who as a token approval –  gave this nickname to his young reader who would soon become his life partner. Marija Milutinović was corresponding with Vuk Karadžić who valued her opinion significantly, helping him to collecting the folk poems, proverbs and sayings. Upon death of her husband, he started to work as a teacher, i.e. was a Headmistress of a private school in Belgrade, while in e 1849, he finally landed a position of the “Senior teacher” in the Public School. In the course of practicing law, she represented poor and oppressed free of charge. She had not profited on any of the many cases she won. According to her great friend, writer Jakov Ignjatović, even though she was extremely knowledgeable in law, it was more important to her to defend the weak and fought for justice, than to profit from somebody else’s unfortunate situation.

“Share Your Knowledge” is a creative mentoring program focused on establishing mutual support among women, through sharing knowledge, strengthening solidarity, promotion of good examples, networking and capacity building. Voluntary engagement and enthusiasm of all program participants, i.e. they readiness to help, in addition to their commitment are the key success factors of this mentoring program.  “Share Your Knowledge” Program is organized for eight years in a raw, by the US Embassy in Belgrade, ERSTE Bank, OSCE and European Movement in Serbia.

Description of the event on the web site of the Association of Significant Cemeteries of Europe, may be found here: Tour “Extraordinary Women” on New Cemetery in Belgrade . 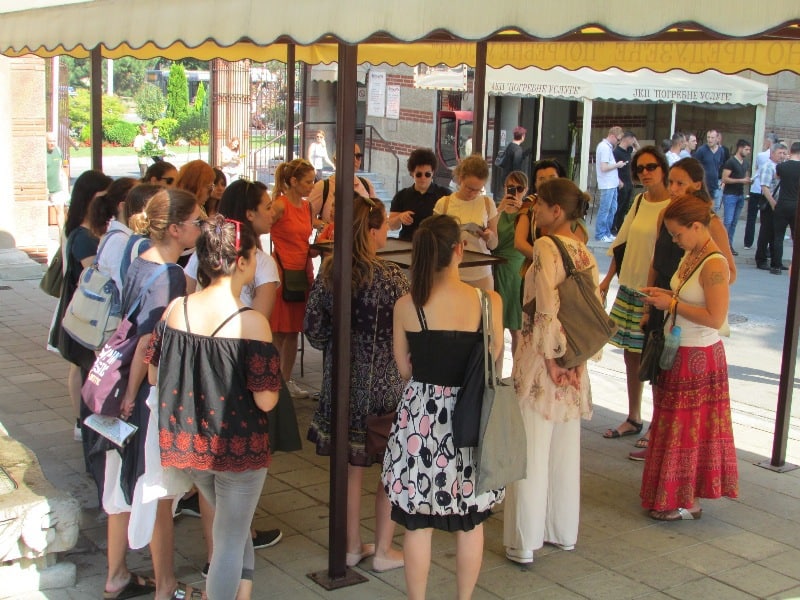 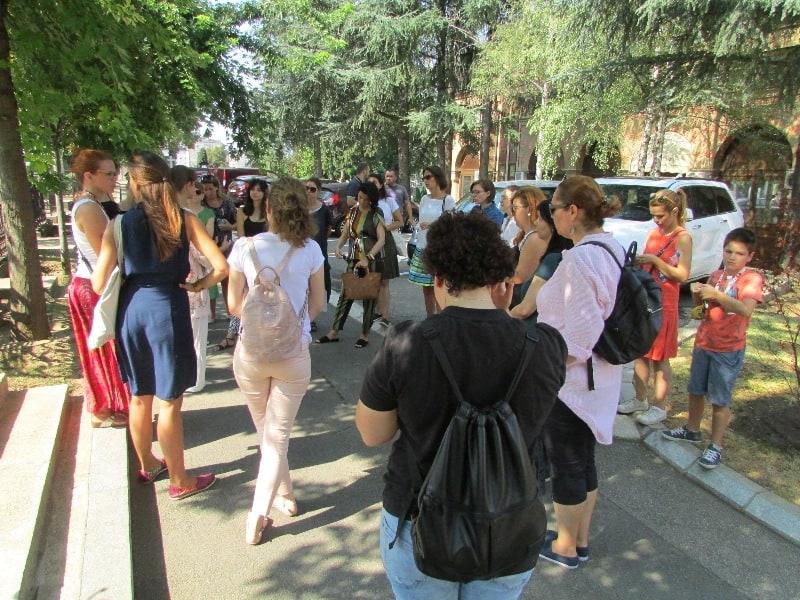 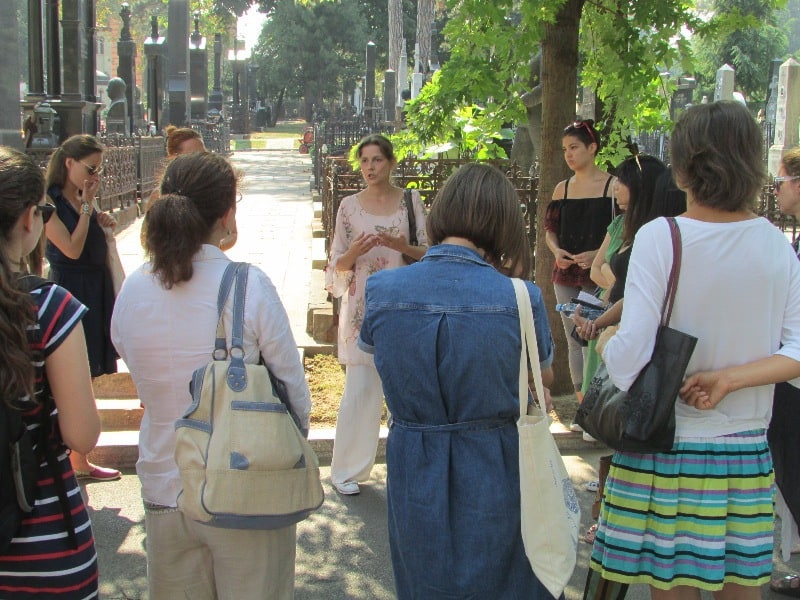 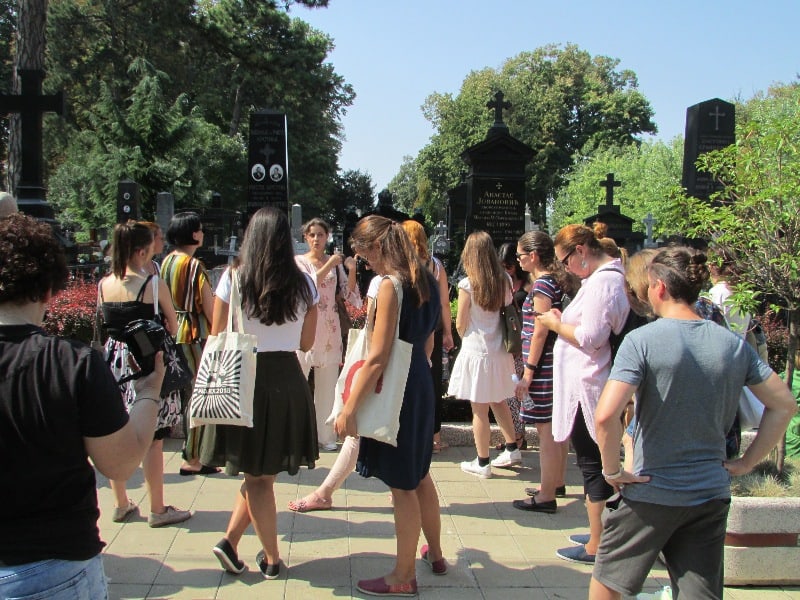 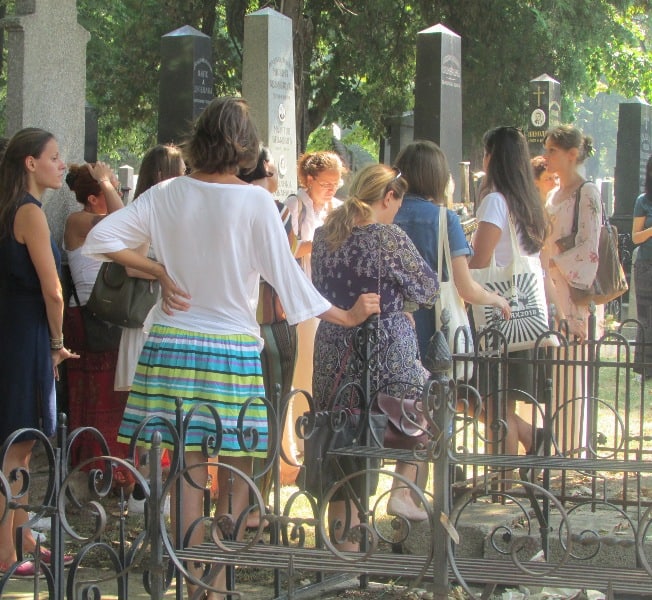 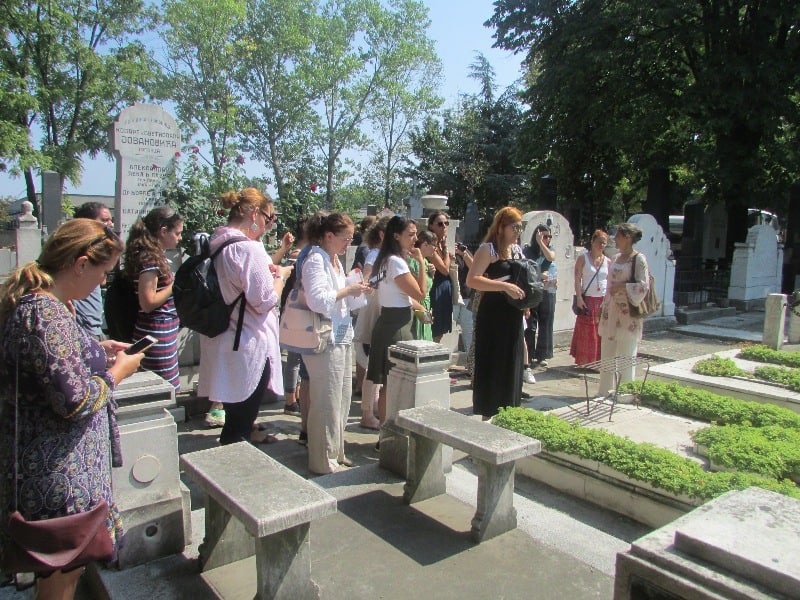 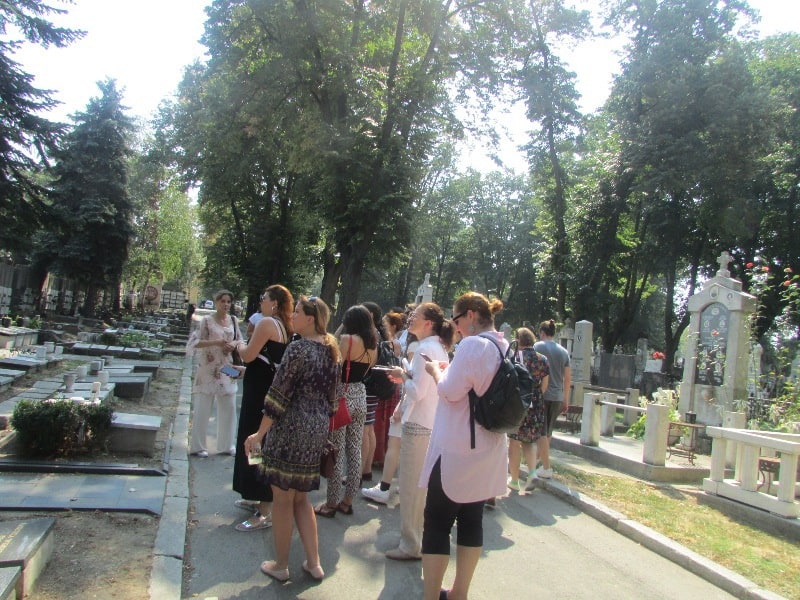