102 years since the end of the Battle of Mojkovac (WWI)

This year marks the 102 anniversary of the Battle of a Mojkovac between the Austro-Hungarian Army led by тхе General Wilhelm von Reiner and Montenegrin Army under the command of the General Janko Vukotić, which took place on the Orthodox Christmas, i.e., on January 6 and 7, 1916.

The Battle of Mojkovac was perhaps small in terms of the history of warfare, but in terms of brotherly solidarity, dignity and courage, honor, honesty and sacrifice, it could certainly be considered one of the most significant. The paramount importance of this battle was the fact that it prevented the Austro-Hungarian Army to cut off the retreat of the Serbian Army forces through the mountains of Albania and further in direction of Corfu island. The key figure of the Battle of Mojkovac was Serdar (General) Janko Vukotić (Čevo 1866. – Belgrade 1927), who was the Commander-in-chief of the Montenegrin Army at the beginning of the WWI, and then the commander of Herzegovački Squad and Sandžak Army, Adjutant General of the King Nikola I of Montenegro and King Alexander Karađorđević. He ended the military career in the rank of the Yugoslav Royal Army General (1926). General Janko Vukotić died on February 4, 1927 and was laid to rest at the New Cemetery of Belgrade – Arcades. 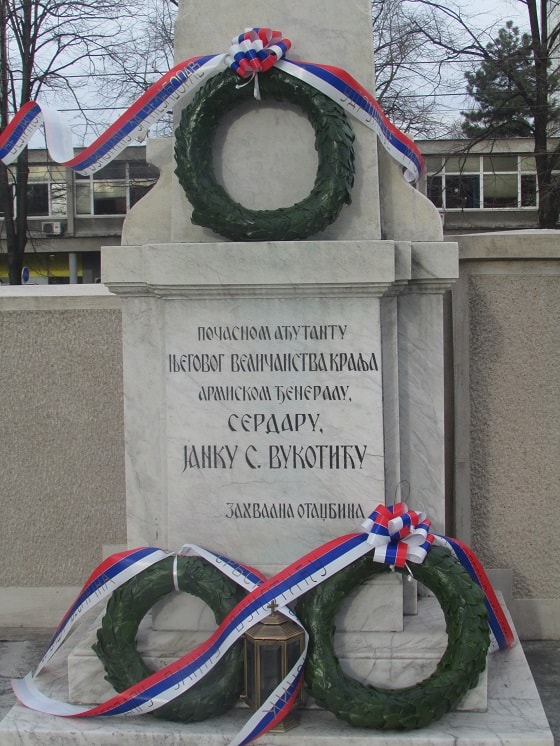