The practice of endowments, deeply rooted in medieval Serbia, especially flourished at the end of 19th and the beginning of 20th century, which was compatible with the general atmosphere of raising national awareness, whereas the well-off and philanthropic individuals wished to contribute to empowerment of the country. Endowers and philanthropists used to leave their houses, agricultural land, money and other assets to the state, particularly for the purpose of educating poor, talented students, but also for founding schools, libraries and many other purposes. The first registered endowment dating from 1856, was the “Fund for annual requiem services for the heroes died for the fatherland”. The fund was established by Toma Vučić-Perišić and Ilija Milosavljević Kolarc with the initial capital of 250 gold coins. There is almost no plot at the New Cemetery of Belgrade, without buried endowers, benefactors or humanists, who in their own manner, either in terms of financial support or by investing their social influence, contacts, knowledge or skills, significantly contributed to empowerment of the country.

During the third stroll through the New Cemetery organized on October 1, 2017, within this year’s European Heritage Days, entitled “Great People of Goodwill”, in addition to the short history of the New Cemetery from its beginning to this day, the visitors were able to see the final resting places of the most significant benefactors, endowers and philanthropists buried at this cemetery: Vasa and Nikola Radojković,  Krsmanović brothers (Aleksa and Dimitrije), Samuilo and Golub Janić, Sava Kosanović (who arranged for the transfer of remains of Nikola Tesla form the US and opening of Tesla Memorial Museum in Belgrade), Svetozar and Magdalena Vidaković, dr Vojislav Kujundžić, Milan Kujundžić Aberdar, Captain Miša Anastasijvić, scientist Jovan Cvijić (who left his house as a legacy to the state and people), Ilija Milosavljević – Kolarac, Velimir Mihailo Teodorović (the illegitimate son of Prince Mihailo Obrenović and founder of the endowment “Veliminarijum” – established with the purpose to support “the development of science, art, industry and craftsmanship”),  Miloš Savčić (engineer, industrialist and Mayor of Belgrade – famous for the fact that he paid off the debts of the City with his own money), Đoka Vlajković, Andra Nikolić, Nićifor Dučić (historian, commander of volunteer corps in the Serbian-Turkish War, Serbian Orthodox Church Archimandrite and the president of the Serbian Learned Society – buried in the yard of St. Nicolas Church), Vladimir Matijević and Luka Ćelović-Trebinjac, who left  his entire, significant estate to the University of Belgrade to manage, under the condition that:„ it should be used for scientific purpose and other needs of the University “.

The visitors were also able to visit the final resting places of the benefactors and philanthropists who halted their careers or studying abroad in order to help their compatriots in times of wars and other temptations, such as: Mirka Grujić (daughter of Jevrem Grujić, volunteer nurse in the course of the Balkan Wars and WW1), Mabel Grujić (an American, archeologist, wife of diplomat Slavko Grujuć, who gathered funds for the Serbian Red Cross and Circle of Serbian Sisters in the US and in 1912 held a lecture about Serbia at the Princeton University in front of a couple thousand people; also responsible for Carnegie’s denotations to Serbia), the first Serbian educated female physician Draga Ljočić, who left the studies of medicine in Zurich in order to join the Serbian Army as volunteer nurse during  the Serbian – Turkish War, in addition to Nadežda Petrović, a paintress who died as a volunteer nurse in Valjevo filed hospital in the course of the WW1. 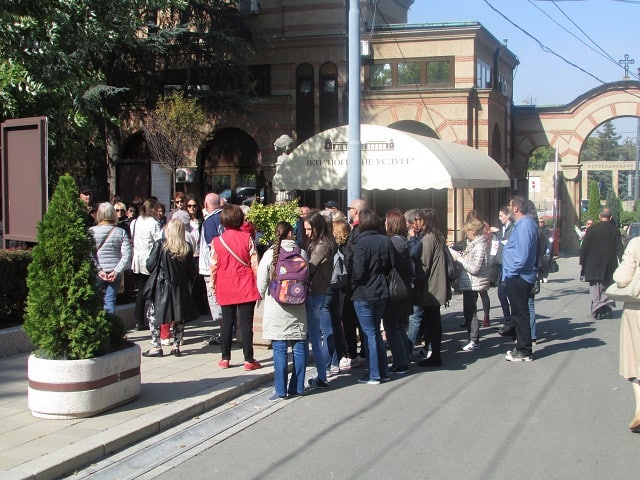 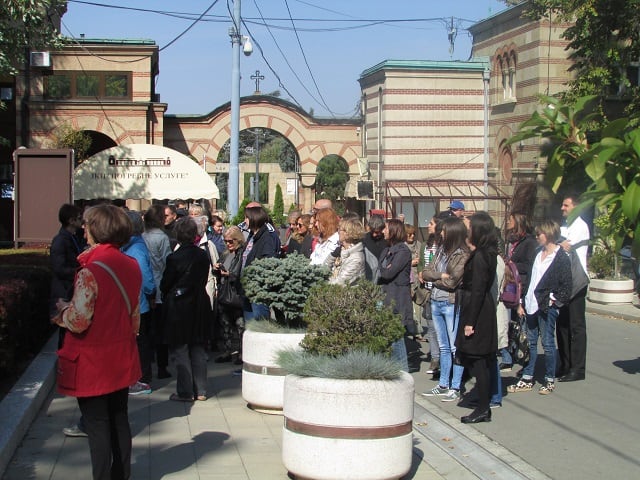 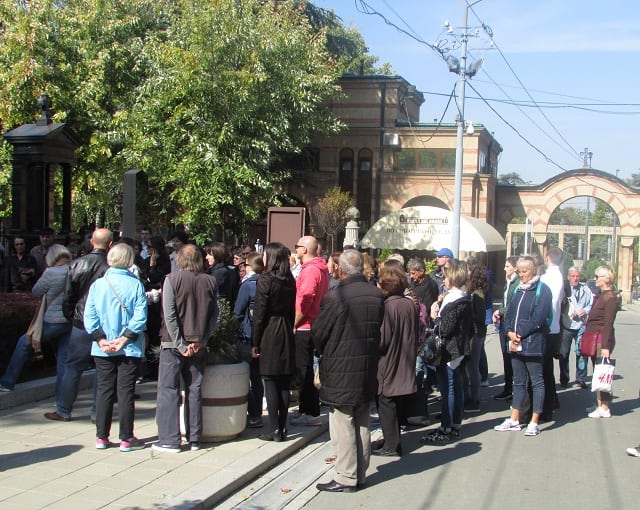 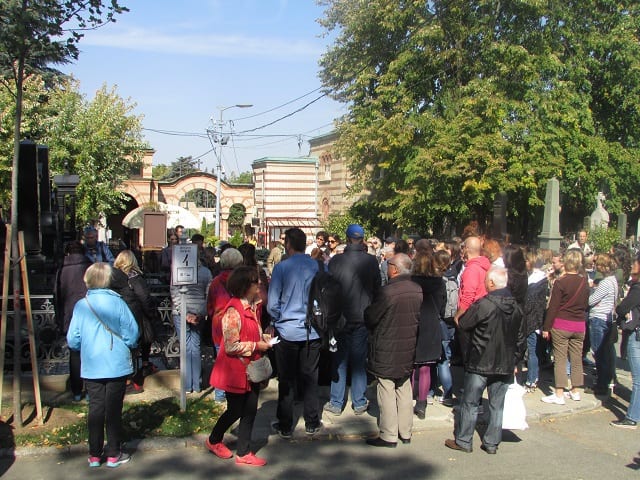 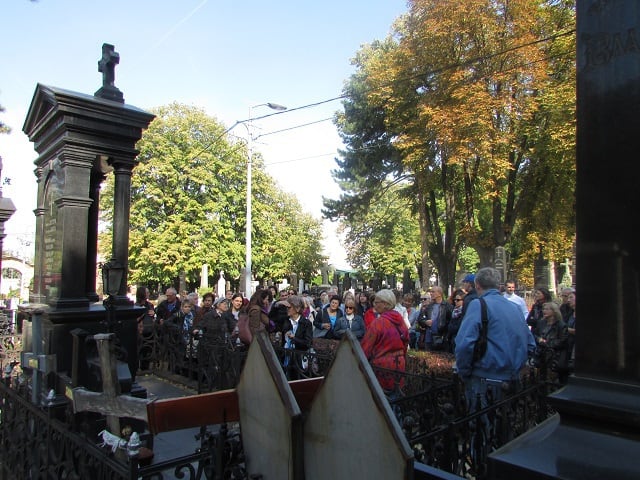 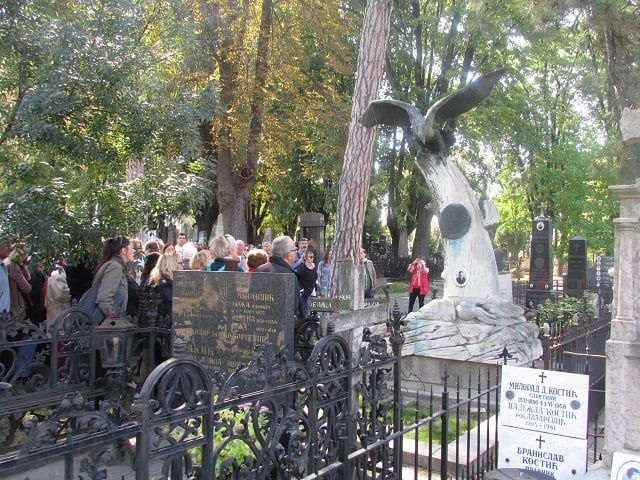 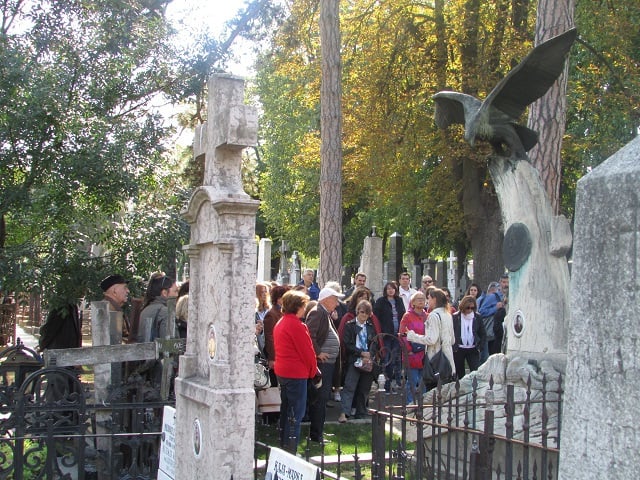 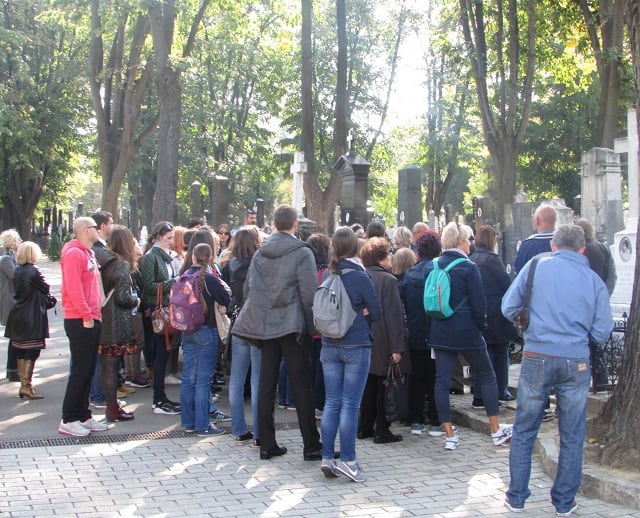 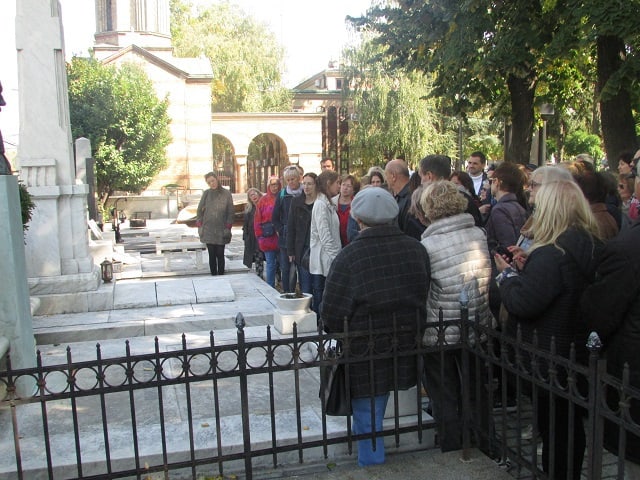 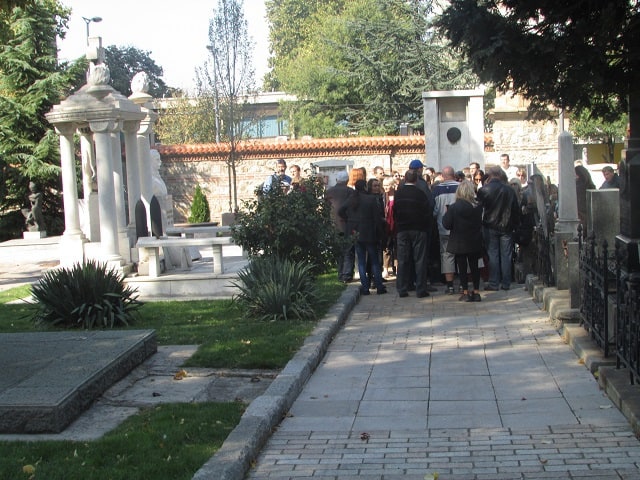 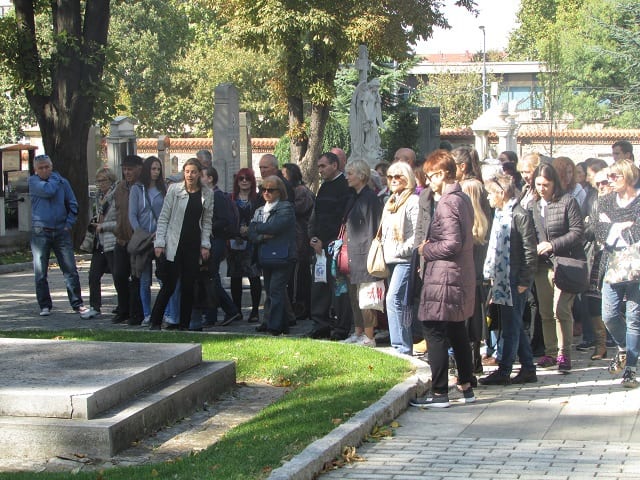 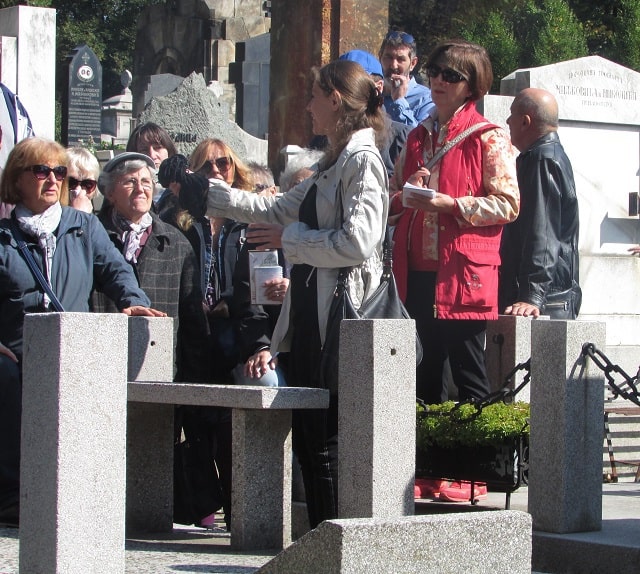 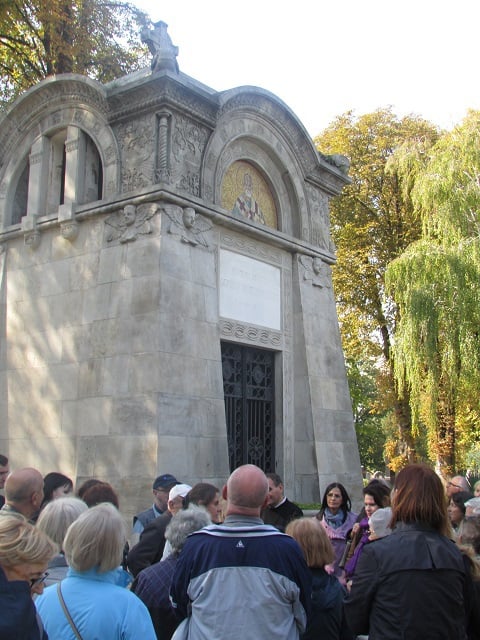 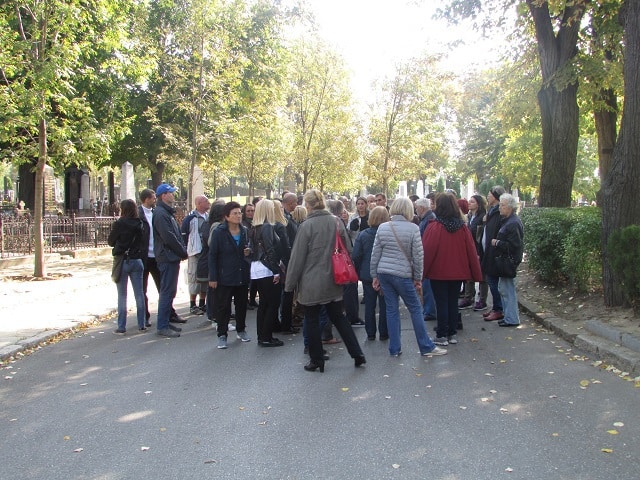 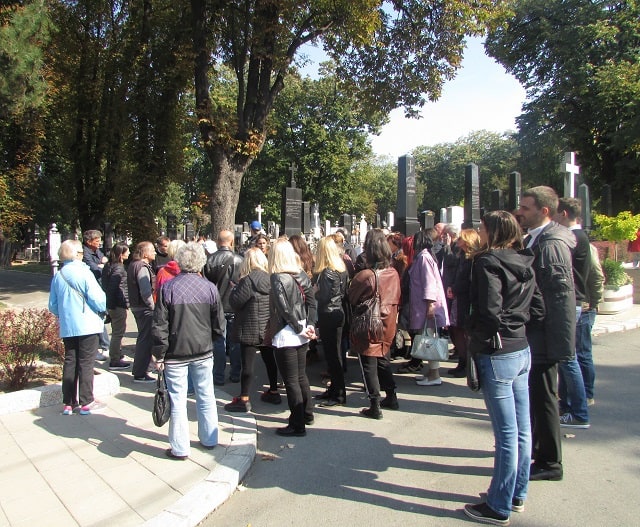 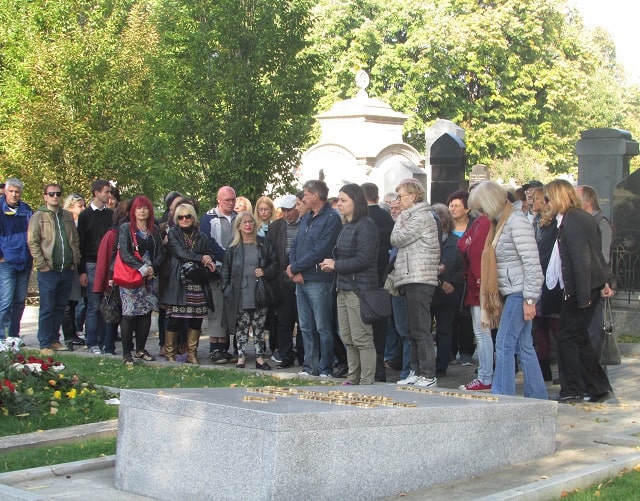