The commemoration for fallen Commonwealth soldiers who died in wars, conflicts and peace-keeping operations was held at the New Cemetery of Belgrade, on April 25, 2017, in terms of laying wreaths at the WWII Commonwealth Military Cemetery. This day is commemorated each year on April 25, in Australia and New Zealand and was originally established in honor of the Australian and New Zealand Armed Forces (Australian and New Zealand Army Corps – ANZAC), who fought against the Ottoman Empire in the WWI Gallipoli Campaign, on April 25, 1915. In addition to representatives of the respective embassies, the commemoration was attended and respect paid by Deputy Minister for Labor, Employment, Veteran and Social Affairs Milan Popović, Deputy Mayor of Belgrade Andreja Mladenović, representatives of the Defense Ministry and Serbian Armed Forces. 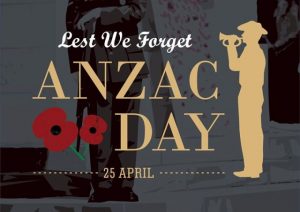 The British (Commonwealth) Military Cemetery within the New Cemetery of Belgrade was formed in 1947, with the aim to transfer the remains of Commonwealth soldiers killed in the course of the Second World War, on the entire territory of Yugoslavia. 481 Commonwealth soldiers are buried at this cemetery: 348 aviators shot down over Yugoslavia, 77 soldiers and 56 deckhands killed in the course of WWII, in addition to two soldiers died in WWI. 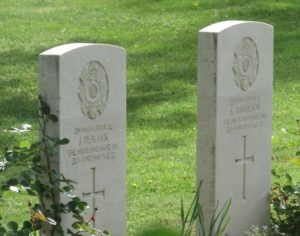