On October 20, 2017, 73-years anniversary of the “Belgrade Offensive” (liberation of Belgrade in the course of WWII), was commemorated by the state ceremony, including laying wreaths at the Memorial Cemetery of Belgrade Liberators.

The tribute to the fallen heroes, members of the National Liberation Army and the Red Army was first paid by the General Secretary to the President of the Republic of Serbia, Nikola Selaković. The wreaths were successively laid by the Minister of Labor, Employment, Veteran and Social Affairs Zoran Đorđević, City Council President Nikola Nikodijević, delegations of the Defense Ministry, Serbian Armed Forces and Union of the War Veterans of National Liberation War of Serbia (SUBNOR), representatives of the embassies of Azerbaijan, Ukraine, Russian Federation and Belarus in addition to various citizens’ associations. The delegations subsequently laid the wreaths to the monument of Red Army Solder located in the memorial park and signed into the memorial book.

The „Belgrade Offensive” took place between October 11 and 22, 1944, when the German occupational forces were pushed to the line where they were no longer in a positon to endanger the City of Belgrade by artillery. Joint military forces of Red Army and National Liberation Army inflicted a severe defeat to the German troops and liberated Belgrade. The liberation of Belgrade put the end of 1.287 days long occupation of the capital.

The Memorial Cemetery of the Belgrade Liberators represents an independent architectural – urban complex, designed by the architect Branko Bon and engineer Aleksandar Krstić. At the far end of the memorial cemetery park area, a statue of Red Army soldier was erected – a work of the sculptor Antun Augustinčić.  2.953 fighters of the People’s Liberation Army of Yugoslavia and 976 Red Army soldiers killed in the course of the „Belgrade Offensive” were buried at this cemetery. The statue of the “Partisan” at the access plateau to the memorial cemetery is a work of the prominent sculptor Rade Stanković. 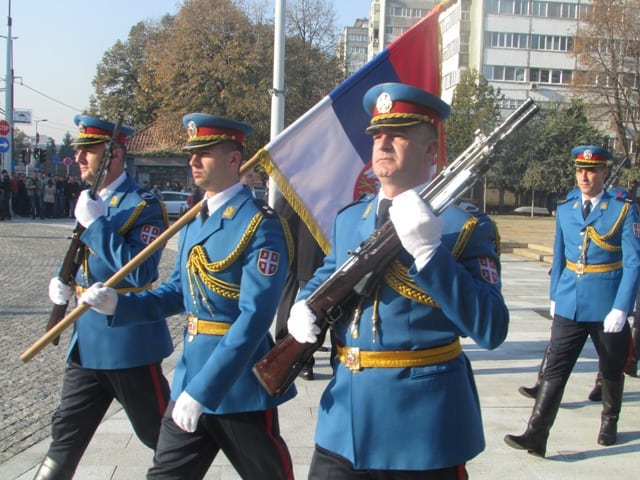 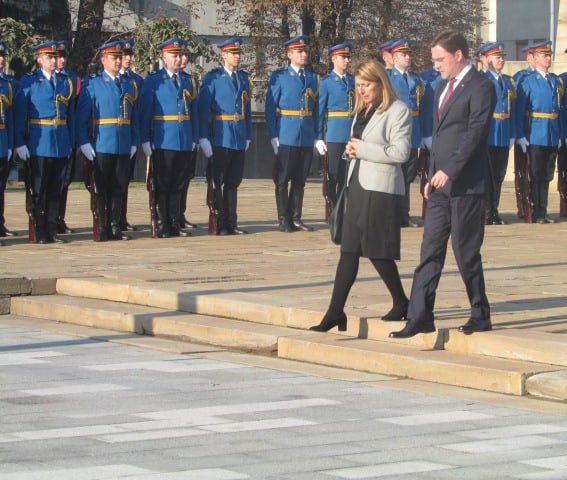 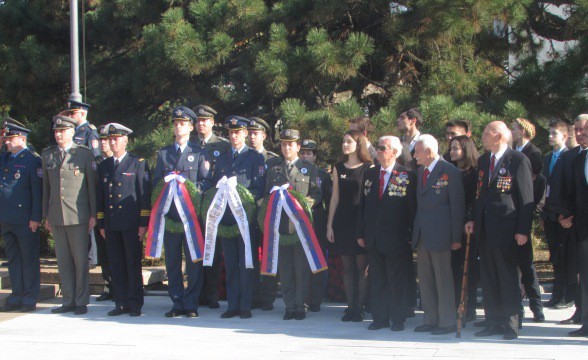 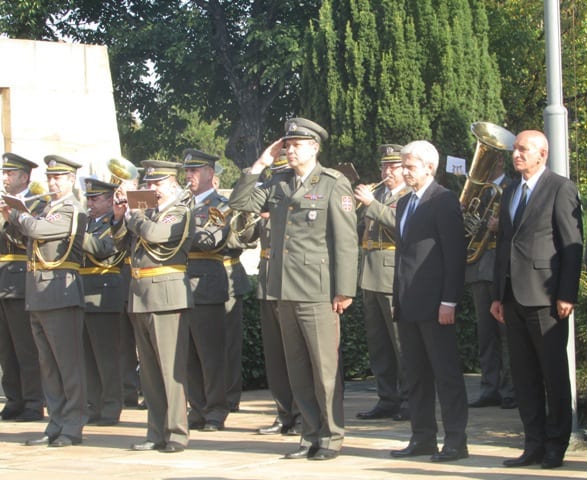 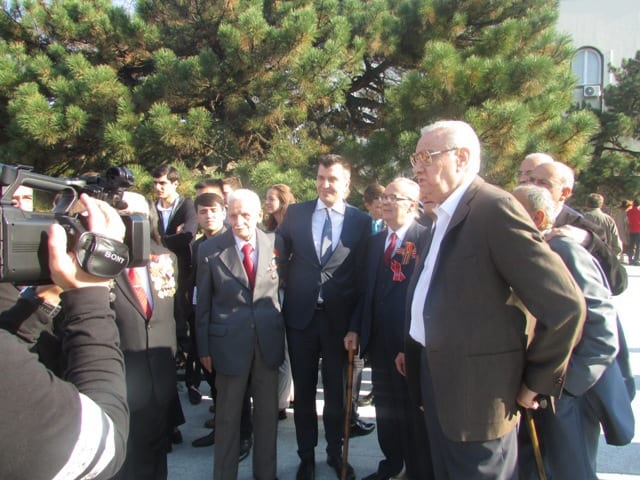 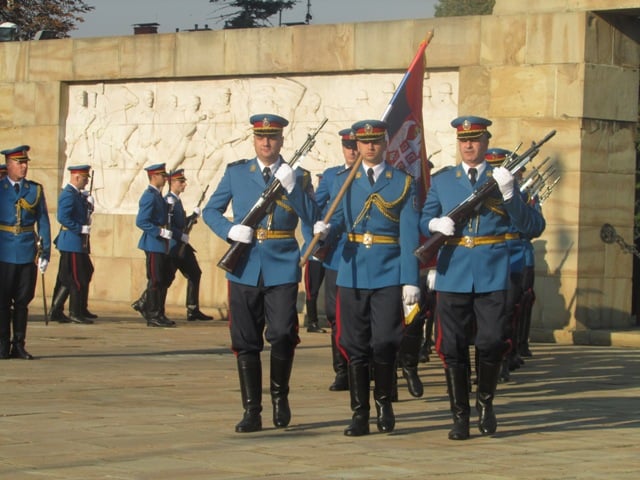 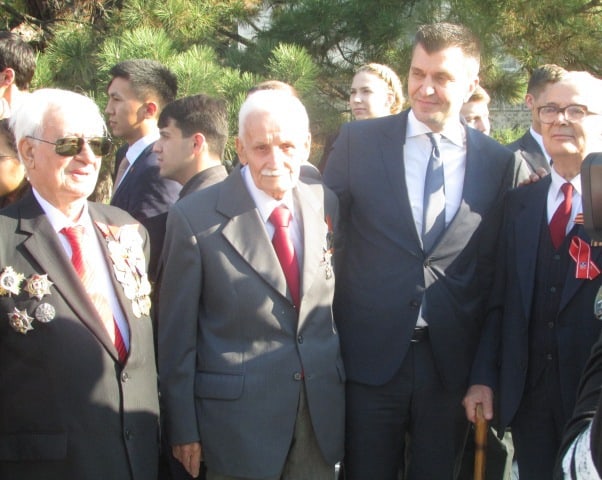 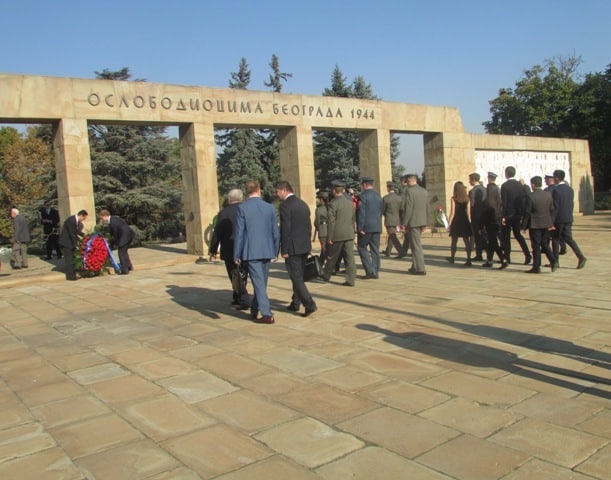 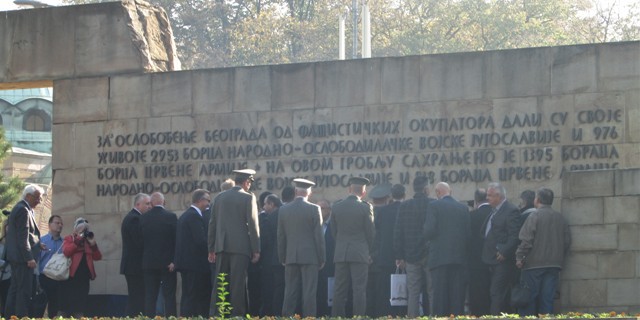 Remembering significant individuals who contributed to development of the „Falcon Movement“ in Serbia Oct 30, 2017