Nicolai Hartwig was born 1857 at Caucasus in impoverished aristocratic family of army physician, naturalized Russian of German origin. He started his diplomatic carrier in Asian Department of the Imperial Russian Ministry of Foreign Affairs. He served as an Attaché in Cetinje, and later as a Consul in Burgas (Bulgaria). From 1909 until 1914, he was Russian Imperial Ambassador in Serbia.  Hartwig’s diplomatic activities were always intended to the benefit of Serbia and he have only had kind words for the Serbian Army and people.

He died suddenly (on July 10, 1914), in the course of diplomatic consultation related to the threats to Serbia subsequent to the assassination in Sarajevo, when he tried to get an explanation form the Austrian Ambassador, Baron Geisel. He was buried at the New Cemetery of Belgrade, on July 14, 1914, and was accompanied to the last resting place by some 80.000 citizens of Belgrade, including the whole Belgrade Garrison, in addition to the most prominent state and church officials. After the final rites officiated in the Belgrade Cathedral Church, eulogies at the grave site were given by Metropolitan Dimitrije and Prime Minister Nikola Pašić.

The headstone at the final resting place of Nicolai Hartwig was erected as a token of gratitude by the Municipality of Belgrade. It was designed by the architect Georgije Kovaljevski and is made of white marble, decorated by Russian national motives. At the headstone front above the inscription, there is a mosaic icon of St. Nicolas, a patron saint of the Hartwig Family. Nicolai Genrikhovich Hartwig is buried at the New Cemetery of Belgrade, in the plot 29. 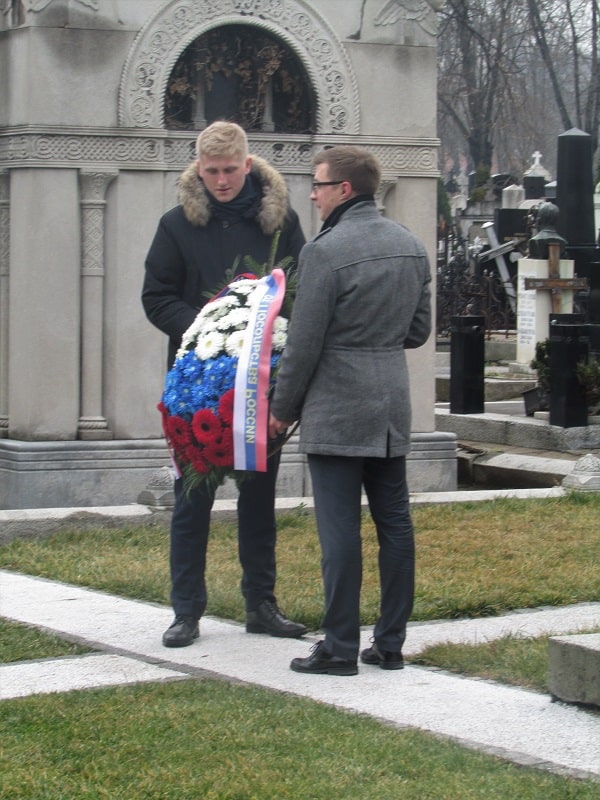 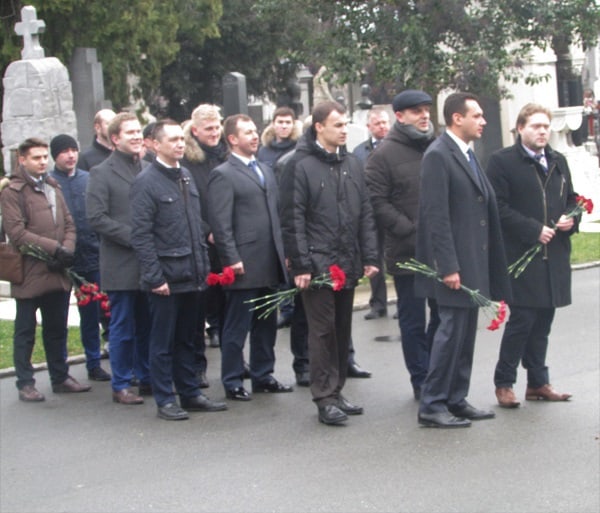 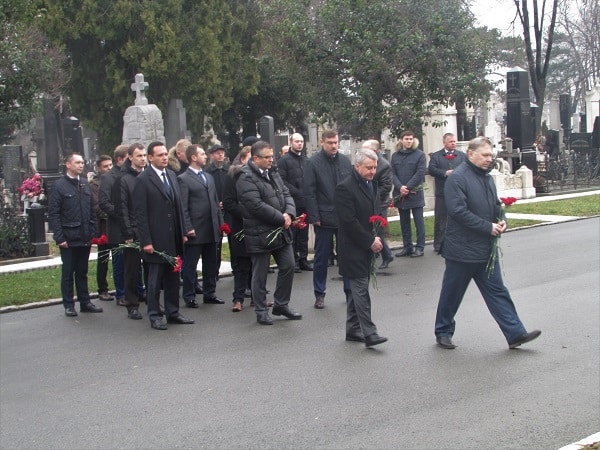 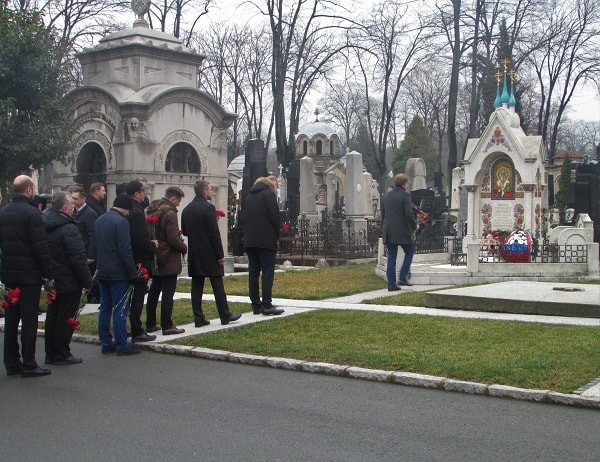 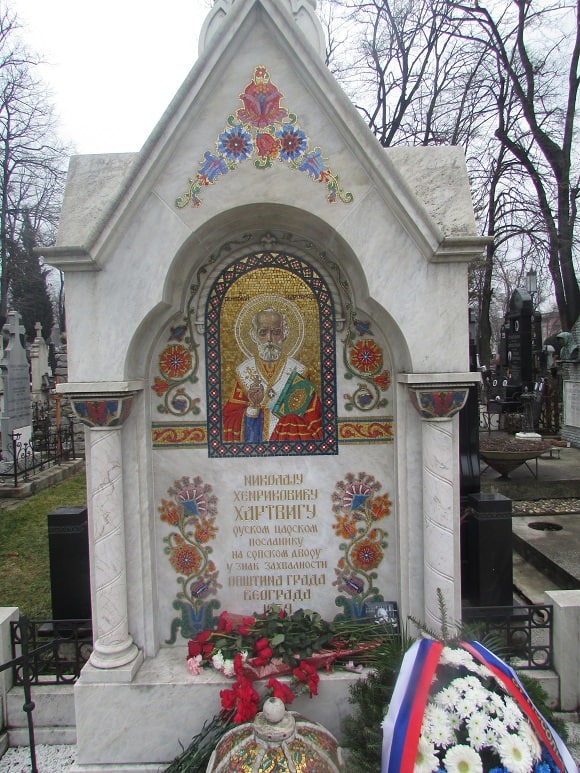 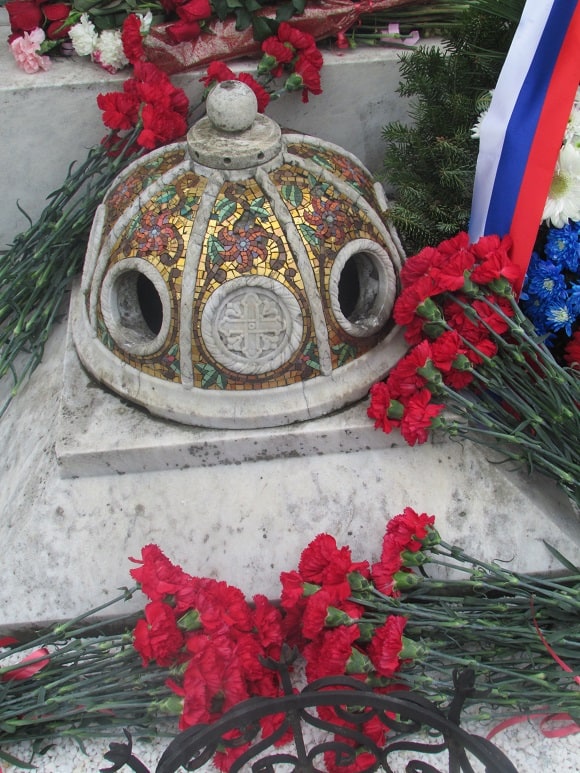 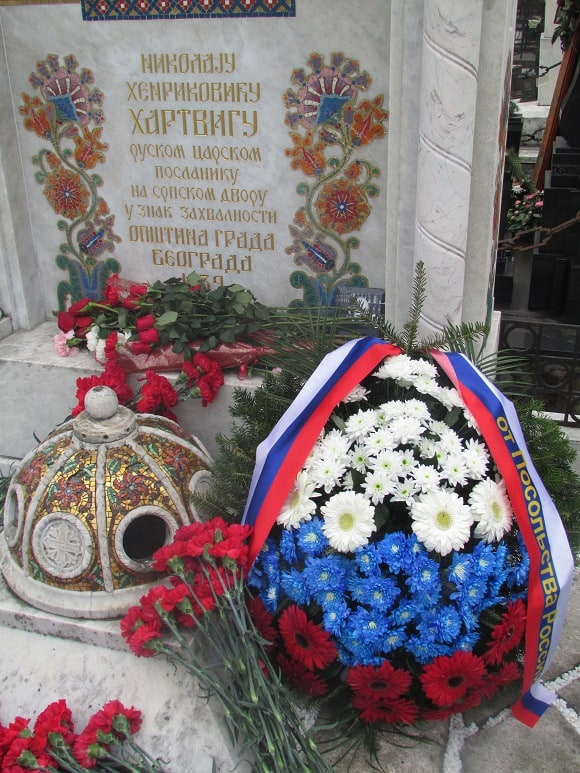