Actor Nebojša Glogovac who passed on February 9, at the age of forty-nine was laid to rest at the New Cemetery Alley of the Meritorious Citizens on February 12, 2018. The requiem service in front of St. Nicolas Church was conducted by His Eminence Amfilohije, the Metropolitan Bishop of Montenegro, and concelebrated by significant number of Clergy. The great actor was accompanied to his final resting place by his family, fellow-actors, friends, admirers and citizens of Belgrade.

Originally from Trebinje, he was raised in Pančevo. Upon completion of the high school, he first enrolled to the studies of psychology at the Faculty of Philosophy in Belgrade, but after two years, i.e., in 1990, he transferred to the Drama Department of the Belgrade Faculty of Dramatic Arts – class of the professor Vladimir Jevtović. He played many significant roles in the theater, on TV and film. His first appearance at the big screen was in the film “Vukovar, one story “, whereas he got his first leading role in the move “Premeditated murder”. Some of his memorable roles are: “The Powder Keg”, “Sky hook”, ” Thunderbirds “, “When I grow up I’ll be a Kangaroo “The trap”, “Huddadersfild”, “I defended the Young Bosnia “, “Circles”, “Rage”, “Enclave”, “The Constitution” & etc. One of his final roles was in the TV series “Nemanjić Dynasty – Birth of the Kingdom”.

„Departing of Nebojša Glogovac was a tragic and immeasurable loss, not only for Serbian theater, film and television, but also for cultural and artistic ambience of the entire region.” – stated the press release by his resident theater house, the “Yugoslav Drama Theater”. 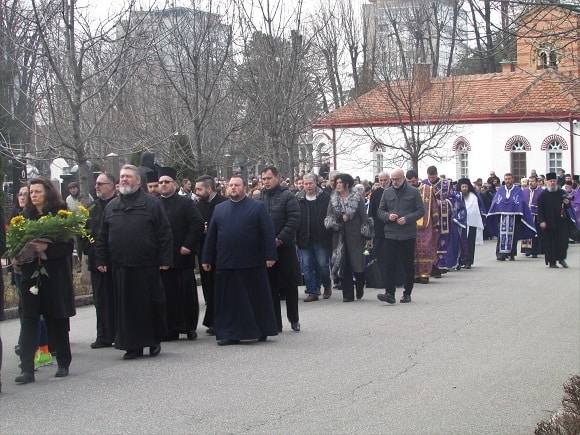