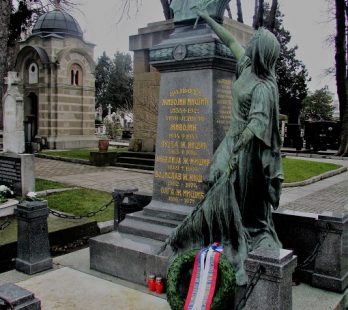 Each January 20th, the state ceremony of paying respects and laying wreaths to commemorate the anniversaries of passing of the great WWI military commanders, Filed Marshal Živojin Mišić, Field Marshal Petar Bojović and General Pavle Jurišić – Šturm is held at the New Cemetery of Belgrade.

The wreaths at the final resting places of the WWI military commanders were laid by the representatives  of the Ministry of Labor,

Oliver Ivanović, the leader of the citizens’ initiative „Freedom, justice, democracy ” was buried today at the New Cemetery of Belgrade (Alley of Meritorious Citizens). The requiem service in front of St. Nicolas Church was conducted by the Bishop of Raška-Prizren and Kosovo- Methohija, Mr. Teodosije, concelebrated by Archpriest Vitalij Tarasjev Dean of Representation of the Russian Orthodox Church Moscow Patriarchate in Belgrade, 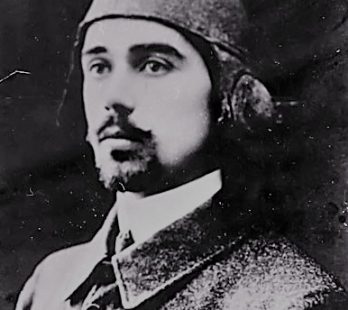 Edvard Rusijаn was engaged in various sports early on. He was a member of the „Falcon Movement“, whereas prior to developing interest in the aviation he was an accomplished cyclist. Subsequent to completion of Intermediate Secondary and Mechanical schools, he worked in Vienna and Italy, exhibiting significant interest in engines and aircrafts. At the meeting of aviation enthusiasts held at the airport in Montichiаri near Brescia on September 8 -9, 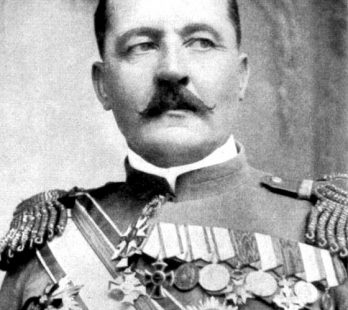 This year marks the 102 anniversary of the Battle of a Mojkovac between the Austro-Hungarian Army led by тхе General Wilhelm von Reiner and Montenegrin Army under the command of the General Janko Vukotić, which took place on the Orthodox Christmas, i.e., on January 6 and 7, 1916.

The Battle of Mojkovac was perhaps small in terms of the history of warfare,