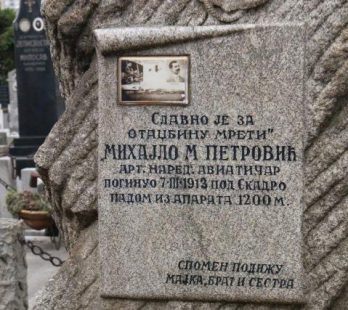 104 years form death of the pilot Mihailo Petrović, the first casualty of our air force, who was killed on March 20, 1913 over Skadar, was commemorated at the New Cemetery of Belgrade on March 19, 2017. The commemoration was attended by the representatives of Serbian Armed Forces – Air Force and Air Defense Command,